Exactly five years ago, by order No. 3 of July 29, 2014, on the basis of the Ghost Battalion and individual militia groups, a separate mechanized Ghost Brigade was created under the command of Alexey Mozgovoy — one of the most renowned and well-known units of the Novorossiyan Army.

Through all these long years of war, the valiant “Ghosts” have reliably protected the civilian population of the cities and towns of Donbass from the Ukrainian punishers of the neo-Nazi Kiev regime.
Today we remember our glorious journey of battle, which includes Slavyansk, Lysychansk, Debaltsevo, Kirovsk and Zhelobok (the latter completely wiped off the face of the earth by Ukrainian forces).
Today we remember all those who fell in battles for the freedom and independence of the Donbass. 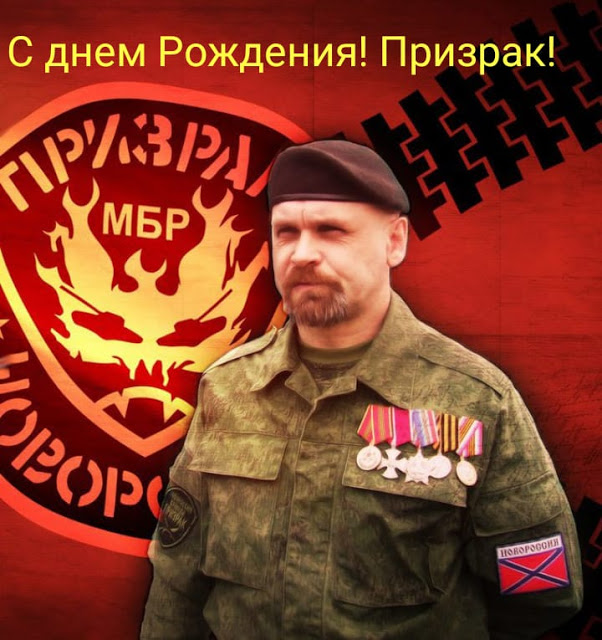 True to its duty and its ideals, the Ghost division is still at the foremost frontiers of our republic. And we can proudly say that our battle flag will never bow down before the enemy!

March of the Ghost Brigade

This song and video is dedicated to the fifth anniversary of the creation of the Ghost Brigade led by Alexey Mozgovoy.

Words and music by Igor Sivak, performed by the band “Hypericum” (“Зверобой”), the group “More” (“Ещё”) and Igor Sivak.

A short report from the Kirovsk TV channel about the celebration of the fifth anniversary of the Ghost Brigade.
Translated by Greg Butterfield