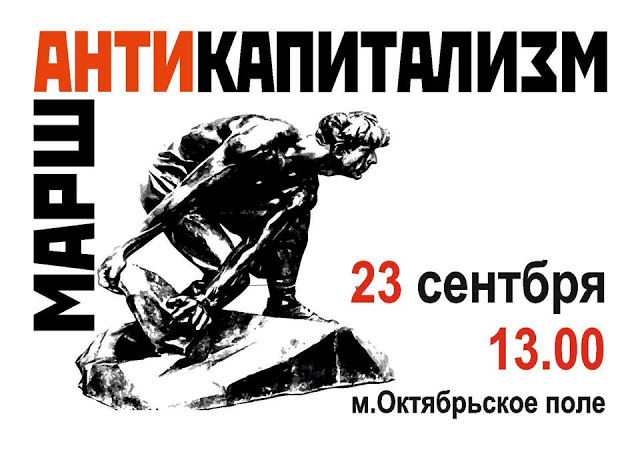 The #ANTICAPITALISM2018 MARCH will be held September 23 in Moscow.

Participants in the march will oppose raising the retirement age and declare the need for an early change of the current government in Russia and its “neo-feudal” capitalist political system.

The organizers of the action will demand the release of all prisoners of conscience sitting in jail on trumped-up charges and other crimes of the current authorities.

The event is agreed upon with city authorities.

We stand:
For free medicine!
For progress and science!
For a decent salary!
For free education!
For the nationalization of banks and basic industries!
The future of Russia is socialism!

Our demands:
No increase in retirement age! You don’t need a pension in the grave!
Down with the power of capital — Power to the majority!
Death to fascism means death to capitalism!
Freedom to Alexander Averin!