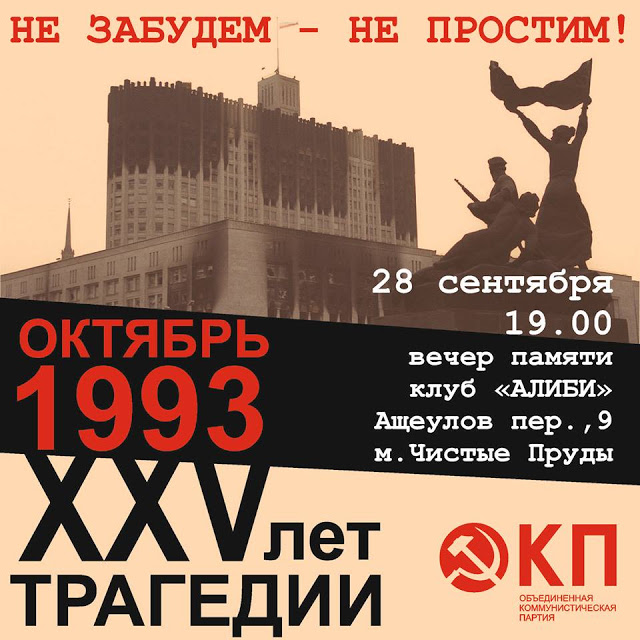 The event will be attended by defenders of the Supreme Soviet of Russia, MPs, eyewitnesses to the events, writers and journalists.

A detailed announcement will be sent out soon.