“We will not give up! Freedom to political prisoners! Down with [oligarch Vlad] Plahotniuc! Plahotniuc, do not forget, the prison is your home!” – the protesters chanted these and other slogans.

The courthouse is guarded by hundreds of armed special forces police wearing masks and carrying shields. 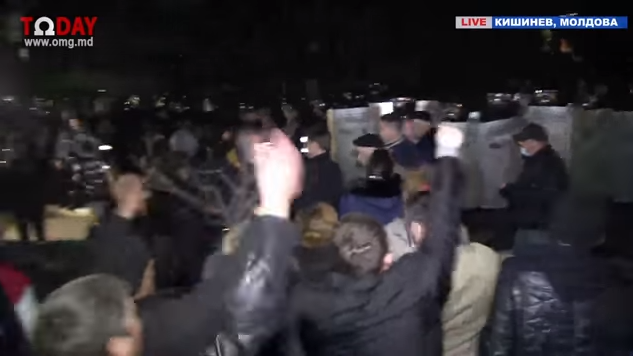 The people demanded the release of the political prisoners, but the court rejected the defense’s request and upheld the arrest of the Petrenko Group.

Subsequently, protesters decided to march to the square of the Grand National Assembly.