Posted on January 21, 2016 by allpowertothesoviets

Today, January 21, 2016, Lugansk and German communists jointly paid tribute to the memory of the great revolutionary and statesman V.I. Lenin, laying flowers at his monument in the center of Lugansk.

“Lenin is truly a global figure. We used to talk about him more as a leader of the Soviet state, as a person who radically changed the life of our people. But don’t forget about the global significance of his example — people in hundreds of countries are guided by the example of our revolution, our experience and our Lenin. 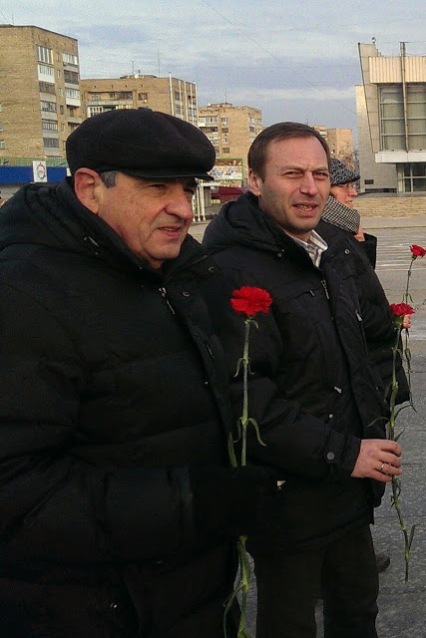 “Lenin’s death was the beginning of his immortality; Lenin is a symbol that leads the people in the struggle for a better and just life. Lenin has not lost his relevance. In the 21st century, he continues to be a nightmare for all those who profit from the looting and exploitation of workers, those who draw the black swastika on their banners.
“But if anyone naively believes that Lenin can be destroyed by tearing down his monuments, he is deeply mistaken. Lenin doesn’t live in granite, he lives in the people. And every time someone on this planet defies injustice — beside this person stands Lenin,” said M. Chalenko.