Posted on October 27, 2015 by allpowertothesoviets

October 27: A campaign of events and flash mobs is underway in the cities of Ukrainian Bessarabia, with appeals to stop the repression against Bessarabian activists, in particular against journalists Artem Buzila and Elena Glischinskaya. 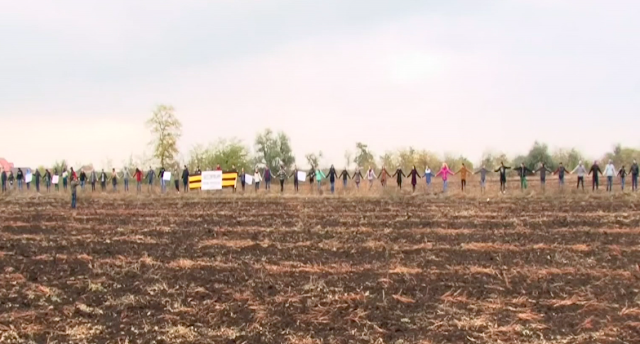 One of the activists in the “human chain,” Antonina Ivakin, said: “We can no longer tolerate the violation of human and civil rights at home. Under Regional Governor Saakashvili’s connivance, the People’s Rada Bessarabia was crushed. Social activists are scared, every day someone is detained simply for their views.” 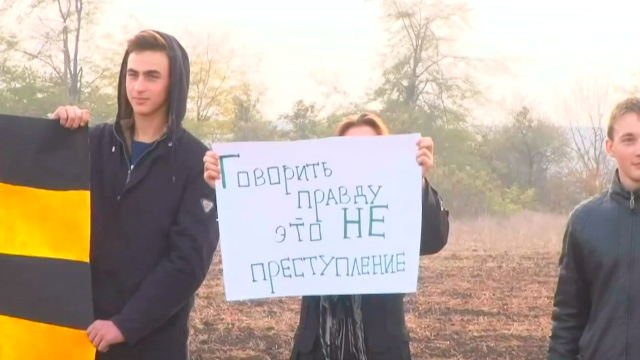 The action concluded when the activists went to each other and met at the border of the two villages.

Note that all the activists wore St. George’s ribbons on their chests. “We will not give up its history. It will help us in the fight against neo-fascism,” said activist Ivakin.

The rally was attended by the leader of the public movement “Multinational Odessa,” Dmitry Ivan Shishman. He noted that as a representative of the Jewish community in Odessa, he fully supported the action. “I am against the repression being openly committed by state agencies. I do not recall such things in Odessa and the Odessa region. The human rights situation is just out of control,” stressed Shishman. 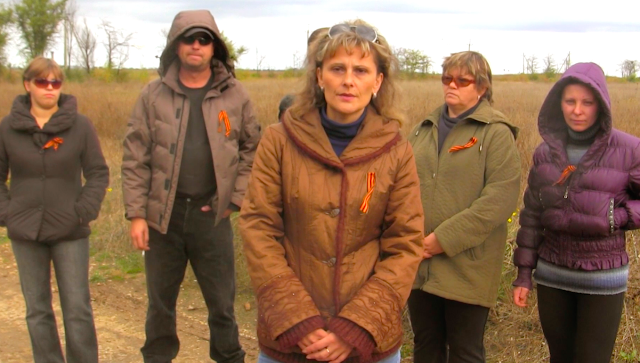 The action was organized in friends of the political prisoner from Odessa and famous journalist Artem Buzila. The action was also attended by activists of the People’s Rada of Bessarabia, which seeks to protect the interests of national minorities of the Bessarabian region. Recall that Artem Buzila and other well-known journalists were accused of separatism after attending a meeting of the People’s Rada of Bessarabia.