On the birthday of the invincible and legendary Red Army

On February 23, 2021, on the birthday of the Workers’ and Peasants\’ Red Army and Red Navy — the first army of the state of victorious workers in history — left-wing activists took to action in different regions of Russia.

The actions took place despite the opposition of the authorities.

Members and supporters of the United Communist Party (OKP) took part in the events.

In CHELYABINSK, the authorities did not allow representatives of communist organizations with unfolded banners to approach the Eternal Flame. Undaunted, the communists laid flowers and organized speeches nearby, turning the banned rally into a “February May Day.” 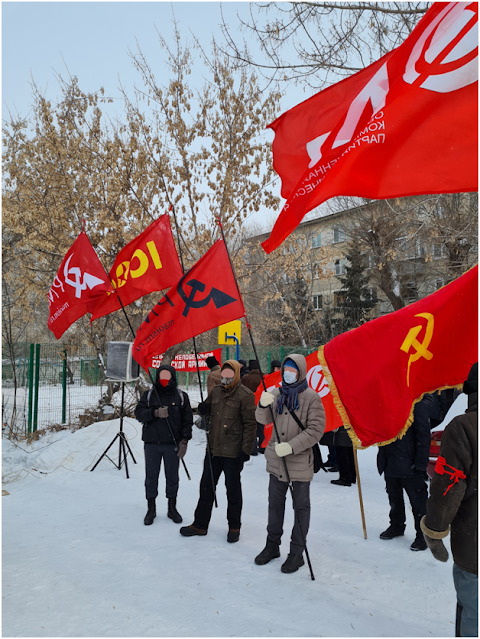 Activists of the OKP organization in VOLOGDA laid flowers at the monument to the heroes of the Civil War of 1918-1920.

The Communists of SVERDLOVSK-EKATERINBURG were not allowed by the police to approach the memorial with banners unfurled. The flags were unfurled only at the entrance to the memorial. 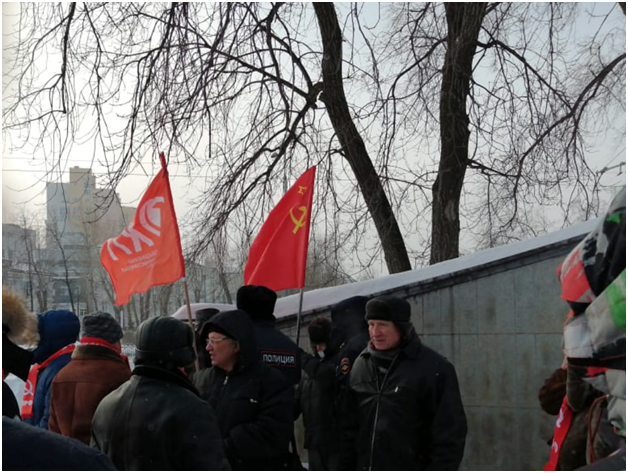 Communists from MOSCOW REGION gathered at the Square of Three Stations to celebrate the anniversary of the creation of the Workers’ and Peasants\’ Red Army. The participants handed out New Alternative newspapers and leaflets. Link to video 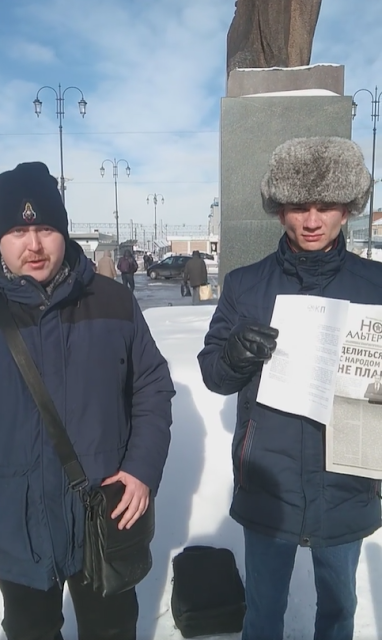 OKP activists in TAMBOV came to the monument to Vasily Agapkin and Ilya Shatrov — communist officers, composers of the march \”Farewell of a Slav\” and the waltz \”On the hills of Manchuria\”.

Representatives of the United Communist Party in LENINGRAD-St. Petersburg laid flowers at the memorial to the Heroic Defenders of Leningrad on Victory Square.