In 2016, I participated in the Victory Day parade with the Lugansk Communists and Komsomol members in Lugansk, capital city of the Lugansk People’s Republic. May 9, celebrated as Victory Day throughout the former Soviet Union, marks the final defeat of Nazi Germany by the Red Army and partisan forces in 1945, after the loss of more than 27 million Soviet lives.

Coming out of the Lugansk Communists office in the city center, I saw tens of thousands of people streaming down the main street to the gathering site: youth, elders, veterans, workers, parents with young children, teenagers. Almost all were carrying signs bearing photos of relatives who had fought and died in the Great Patriotic War, as the Soviet anti-fascist struggle in World War II is called. Many carried the Victory Flag, the hammer-and-sickle banner of the Red Army division that had entered Berlin and planted a red flag on the Reichstag.

As I entered the crowd, I thought how difficult it would be to explain this experience to people back home. I’ve been to many demonstrations, including some very large ones, probably bigger than this, but the feeling of single-minded unity and determination was something I’d never felt before.

And I remembered that this was not only a deeply-felt day of history, shared tragedy and triumph over nigh-impossible odds seven decades earlier. I remembered that just two years ago, fascists were at the gates of the city again – shells fired by the U.S.-backed Ukrainian Armed Forces and neo-Nazi “volunteers” were destroying apartment buildings, schools and hospitals, a woman was literally torn apart on the street in front of the government building occupied by the anti-fascists. Tanks were on the roads, and there was gunfire on the streets.

On our way to Lugansk, we had stopped at a memorial by the side of the road – a wrecked tank, less than 2 km from the city. In the spring of 2014, the four-person tank crew volunteered to hold the line against advancing Ukrainian forces, to give the anti-fascist resistance time to prepare a defense of the city. All of them were burned alive inside the tank. 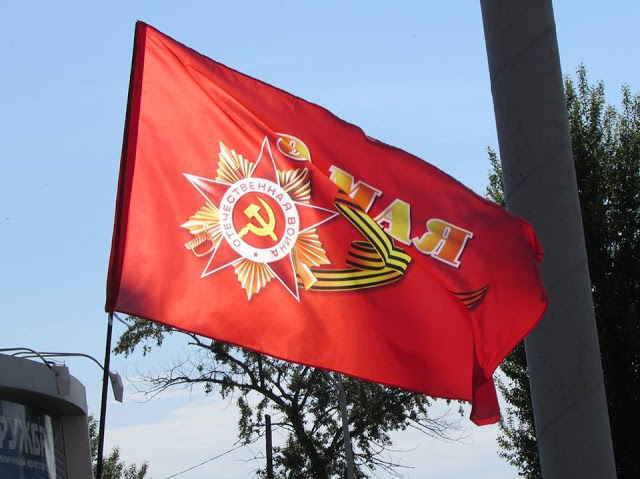 In just the few minutes that we international visitors pulled over to photograph the memorial, at least a half-dozen cars driven by locals pulled over too. Families brought flowers and ribbons to lay on the tank, an offering of memory and thanks, heaped on top of dozens and hundreds left before.

On that Victory Day I stood beside Lisa Chalenko, then two years old. She was an infant when Lugansk was besieged. Her parents remember that time, only too well. Thousands of other parents, children, teenagers and grandparents in Lugansk also remember. 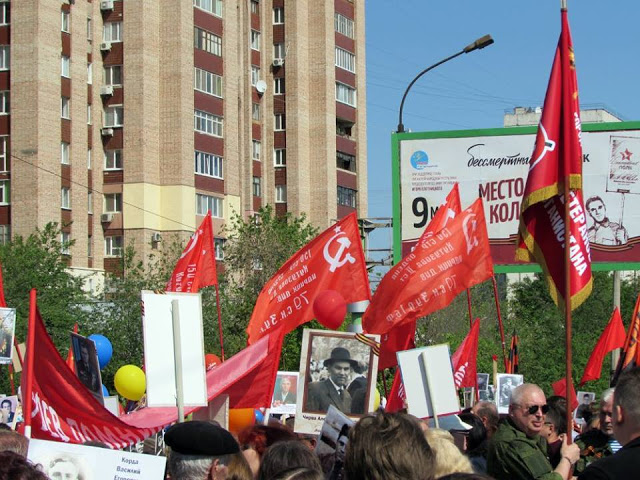 For them – and for people throughout the Donbass republics of Donetsk and Lugansk, in Odessa, in Ukraine – the struggle against fascism is not history. It is their life, now, today.

Read more about the author’s 2016 trip to Donbass