Community of anti-fascists and communists of Donbass

On December 12, 1905, the first Soviet republic, the Novorossiysk Republic, was proclaimed in Western Russia. It lasted until December 26 of that year. 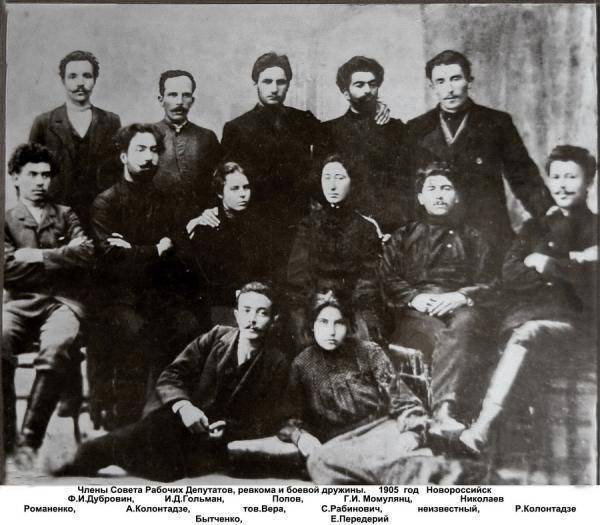 The Novorossiysk Soviet, formed on December 8-10, 1905, during a political strike, proclaimed its goal to fight the autocracy and establish popular self-government. Under the influence of revolutionary agitation, the Soviet was joined by soldiers and Cossacks of the local garrison. They disarmed the police, and the workers’ squads, including those created in Sochi, Tuapse and Gagra, took control of the ports and the railway.

On December 14, by order of the Soviet, all government agencies, except for banks, were closed, the strike was partially stopped, work committees were organized at enterprises and an 8-hour working day was introduced. The newly-created people’s court freed all political prisoners. The press organ of the republic was Izvestia of the Soviet of Workers’ Deputies.

On December 24, the government sent a military expedition to Novorossiysk. On December 25, with the support of an armada, imperial troops entered the city. Martial law was declared, arrests and repressions began. The Black Sea Committee of the Russian Social Democratic Labor Party (RSDLP) was forced to go underground. A military court sentenced 7 leaders of the Novorossiysk Republic to the death penalty, which was replaced by life imprisonment, and 13 people to various terms of hard labor.