The decision of the Revolutionary Armed Forces of Colombia – People’s Army (FARC-EP) to resume armed action combined with an unprecedented political offensive requires an in-depth analysis rather than a collection of bravado, cheers and other phrases that do little or nothing. 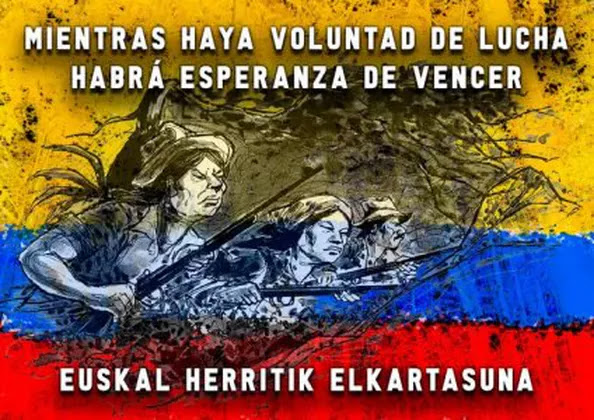 To begin with, it is necessary to underline the gesture towards the National Liberation Army (ELN) that it includes and that implies a unification, not only purely on the armed level, but also in political strategy, a situation that did not occur before and which in the past even involved some armed clashes between insurgent groups.

The revival of the Bolivarian Continental Movement (MCB), which, in other words, is the revival of internationalism with capital letters, not those internationalisms designed to give ideological coverage to certain egotists, is a very important piece in this puzzle. We speak of an internationalism that takes up the best of what its beginnings were and that collected peoples who were not resigned to being absorbed by the good imperialist, good reformist strategy.

Peoples that from one or another strategy of struggle (because the conditions are not the same in all parts of the planet) raised the link of their future with a strategy of resistance to imperialism that would unequivocally lead them to socialism, a socialism that recognized the right of peoples to independence, a socialism that is feminist and respectful of LGBT rights, a socialism aimed at the construction of the new human being …

The insurgency has opted for a peace that poses a new scenario in Colombia. It has been respectful of its commitments until the last day, but has verified that on the one hand the Colombian State, like all capitalist states, did not go to the negotiation to approach the peace process with justice, but with the sole intention of disarming the FARC-EP, bring it ideologically to social democracy and, consequently, to the acceptance of capitalism in Colombia and finally to the division and fragmentation of the FARC-EP. A strategy that we in Euskal Herria [Basque Country] know well.

On the other hand, the Colombian State was preparing to repeat the genocidal strategy of the 1980s with the annihilation and assassination of social leaders, political cadres and former guerrillas. In this situation, maintaining that false peace, that ill-named peace process, besides being unsustainable, was suicidal.

The FARC-EP not only proposes a return to the armed struggle, at the moment focused on defensive work. They propose a broad dialogue with a host of groups, parties and social movements that, as they say, define the institutional reforms and adjustments necessary to meet the challenges that peace demands, putting in place a new framework of political and social coexistence.

And they insist that there are tools to continue trying a concerted way out, driving an open constituent process towards overcoming exclusion, misery and immense inequalities; towards the in-depth democratization of the state and social life, restoring sovereignty and guaranteeing the well-being and good living of its people.

Of course the reformists here and there have come out demonizing this commitment to true peace that the insurgency has launched. We expected it… Both Timochenko and Sortu represent the same rot.

Boltxe Kolketiboa is with the FARC-EP in this worthy bet. The future belongs to the rebellious peoples.