On Sunday, February 24, the first conference of the new international structure, the International Peoples’ Assembly, began in the capital of Venezuela. This is reported by one of the participants of the conference, coordinator of the Borotba (Struggle) Union, Alexey Albu. 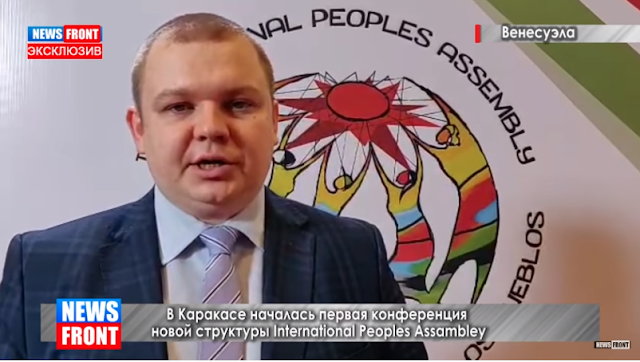 “The International Peoples’ Assembly has just started its work. This is an organization that is designed to coordinate the efforts of various left-wing groups and parties that are based on the principles of social justice. Today, representatives of various organizations, parties, movements and social activists gathered in Venezuela,” says Albu.

This organization aims to bring together various left parties and organizations, popular movements, trade unions, as well as those activists who understand that social development is deadlocked and offer their alternative — building a new, more equitable society based on the principles of social equality, friendship between peoples, mutual aid and scientific progress.

According to the coordinator of Borotba, it is very symbolic that the event takes place in Caracas, because “Venezuela has become the center of attack of all the imperialist countries, that is, the United States and its satellites, who are trying to destabilize the situation in the country, to overthrow the current president and install its protégé.

“We have seen how the United States operates in Ukraine, we have seen what this leads to. Fortunately, the citizens of Venezuela also understand this threat, so they all rallied around their president in order to fight off the impending storm,” said the conference participant.