URGENT: Explosion at congress of Communist Party of DPR

Sept. 29: Disturbing news from Donetsk: a bomb exploded at the congress of the Communist Party of the Donetsk People’s Republic.

According to eyewitnesses, the explosive device was laid under the seats in the lobby of the premises where the Communist Party was meeting. It was a on a timer and went off at the moment when the council of party secretaries left the premises at the end of the congress. 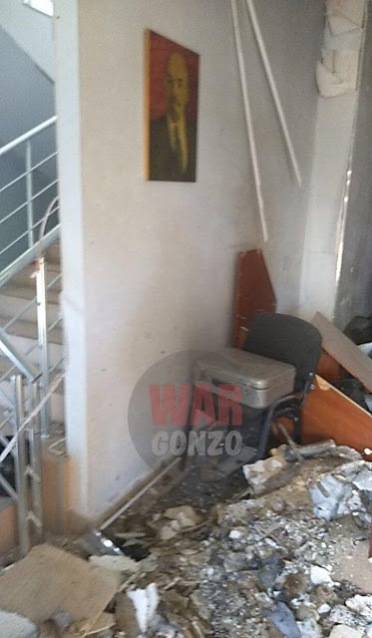 Investigators are working at the site of the explosion. “Russian Spring” will continue to follow the situation.

One thought on “URGENT: Bomb attack on Communist Party of Donetsk People’s Republic”