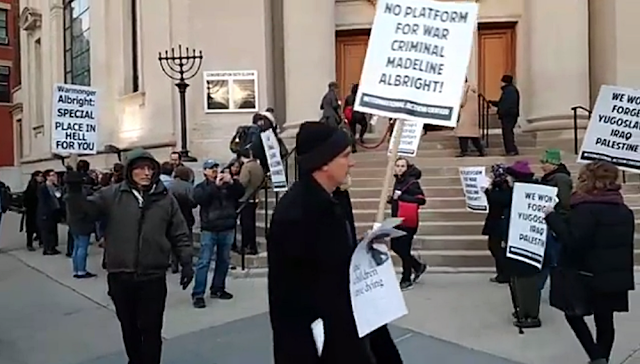 Feel free to organize your own disruption as Albright continues her book tour across the U.S.! We can’t let these warmongers have a platform or peace of mind! Call these criminals out where you see them!
————————

As the current U.S. government wages war in Afghanistan, Iraq, Syria and Libya and threatens war in Korea, Iran and even Russia, the people here must stand against any war promotion or provocation.

When new U.S. wars are a daily ominous threat, should the genocide of over a million people of Iraq be ignored in the affluent neighborhood of Park Slope? It is up to you to decide. 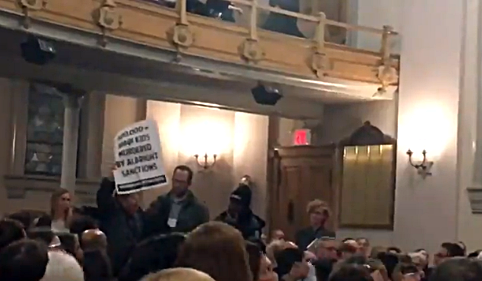 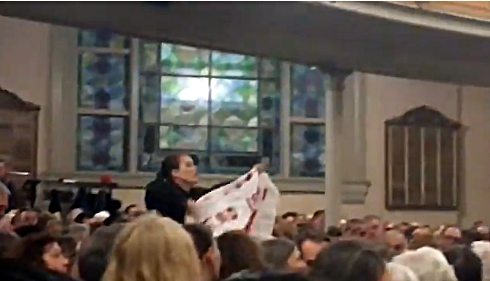 These are well-known facts:

Madeleine Albright, who now poses as the opposition to the criminal Trump administration, was Secretary of State, serving Bill Clinton. She publicly defended policies that caused countless deaths and suffering around the globe, including the continuation of genocidal sanctions on Iraq that killed more than 500,000 children.

This is Secretary of State Madeleine Albright’s exchange with Lesley Stahl on national TV:

Lesley Stahl on U.S. sanctions against Iraq: “We have heard that a half million children have died. I mean, that’s more children than died in Hiroshima. And, you know, is the price worth it?”
Secretary of State Madeleine Albright’ response: “I think this is a very hard choice, but the price–we think the price is worth it.”
—60 Minutes (5/12/96)
https://www.youtube.com/watch?v=4iFYaeoE3n4 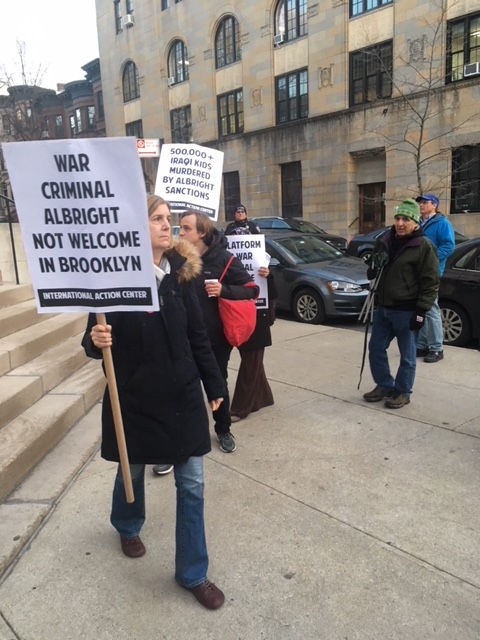