The decision to liquidate the Interregional Trade Union “Workers Association” (MPRA) as a “foreign agent,” adopted by the City Court of St. Petersburg on January 10, is more than an attack on a single trade union. The main principles of trade unionism and any other progressive movement — solidarity and internationalism — are declared “criminal.” The MPRA is launching a campaign for freedom of trade union activity and calling for support of the annual anti-fascist action on January 19 under the slogan: “No to the law on foreign agents — Solidarity is not a crime.”

In Moscow, the anti-fascist action will be held at 19.00 in Novopushkinsky Square. In St. Petersburg, those who are concerned will gather at Malaya Sadova at 18.30 to discuss the situation and hold single pickets.

Repression against political oppositionists has been common in Russia for a long time. Now they are coming for the trade unionists. Tomorrow, perhaps, any public activity independent of the state will be “liquidated.” The MPRA is accused because, representing the interests of Russian workers in labor disputes with international corporations, we cooperated with trade unions of other countries and learned from their experience.

We are accused of providing moral support to our comrades: truckers, doctors, service workers. According to the logic of the accusation, only selfish interests have the right to exist. The officials, who do not know the feeling of solidarity, measure us by their own standards. We are accused of interference in politics, expressed in an attempt to change the Labor Code in the interests of Russian workers. By its decision, the court says to every Russian worker: “Are you unhappy with your salary? Do you want decent working conditions? Do you want greater rights? Then you are a foreign agent!”

A few days ago, the Duma adopted in the first reading a bill that allows not only a public organization or the media, but also a citizen, to be declared a “foreign agent.” Nationalistic hysteria and spy mania have taken on absurd proportions in our country. Under the guise of patriotism hides the protection of the selfish interests of large, including foreign, owners. The MPRA calls on all citizens who are not indifferent to the future of the country to support the anti-fascist action in memory of human rights activist Stanislav Markelov and journalist Anastasia Baburova, which will be held on January 19. 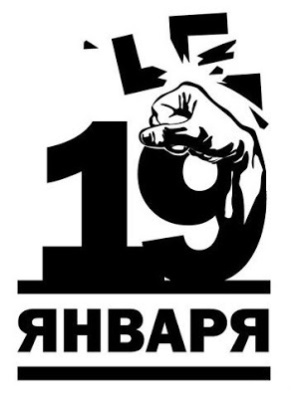 We call on all members of the MPRA, trade unionists and sympathizers of the labor movement to join this action with the demands of repealing the law on non-governmental organizations, stopping repression against trade unions, public organizations, the media and citizens. We ask you to express support to the workers of the MPRA and to demand a review of the decision of the City Court of St. Petersburg. We are seeking the abolition of the decision to liquidate the MPRA by the Supreme Court. We ask all the members of the trade unions, the KTR [Confederation of Labor of Russia] affiliates, all those who are in solidarity with our struggle, to support us. This is our union, and we will defend it until the shameful verdict of the Russian courts is overturned.