October 25: In the revolutionary capital of Russia — Leningrad — a press conference of the Left Front was held. On the day of the 100th anniversary of the Great October Socialist Revolution (according to the old style), the Left Front movement announced the resumption of active political work and plans to hold a series of protests in the near future.

The press conference was opened by the coordinator of the Left Front, Sergei Udaltsov. He said that the revitalized organization was positioning itself as a coalition movement, where there will be a place for all the progressive left-wing forces of our country. The main task of the Left Front will be the renewal and revitalization of the Russian left movement to make it modern and popular. The Left Front will form a platform for interaction and cooperation of all non-system left forces, while not abandoning constructive cooperation with the parliamentary left parties.

Udaltsov spoke in favor of nomination by the left forces of a bright and young presidential candidate for the Russian presidency, as determined by the results of the primaries. He said he would promote the idea of ​​holding primaries in all forthcoming elections, including in the election for the mayor of Moscow. Also, the Left Front intends to launch a nationwide protest campaign on the most acute social and economic problems, the that immediate actions are planned for the end of this year.

It was announced that in late 2017-early 2018 an All-Russian Congress of the Left Front will be held, which will approve the updated program and elect a new leadership of the movement. 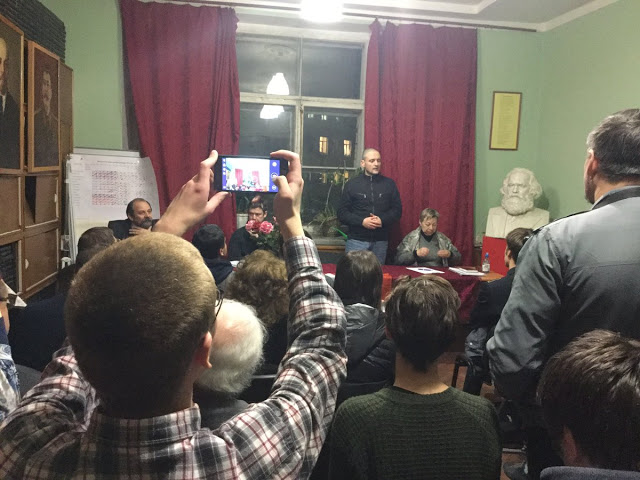 Journalist and human rights activist Maxim Shevchenko said that he decided to join the Left Front as a project uniting the country’s patriotic and leftist forces. He said that neither the government nor the liberal opposition represent the interests of the people. Shevchenko explained that, as a Soviet man, he appreciated the concern of the socialist Soviet state for the people, and negatively regards capitalist and nationalist tendencies in modern society.

Political emigre and Left Front coordinator Alexei Sakhnin took the floor via Skype to talk about the crisis that has begun in the world neoliberal system. He noted that this would give a boost to the left forces and spoke about the plans of the Left Front to establish contact and interaction with like-minded forces around the world.

Head of the Institute of Globalization and Social Movements (IGSO) Boris Kagarlitsky said that the resource and opportunities for the current model of neoliberal capitalism in Russia are exhausted. The system parasitized on the development of Soviet resources, but they are already coming to an end. The political scientist predicted a systemic economic crisis of Russian capitalism. 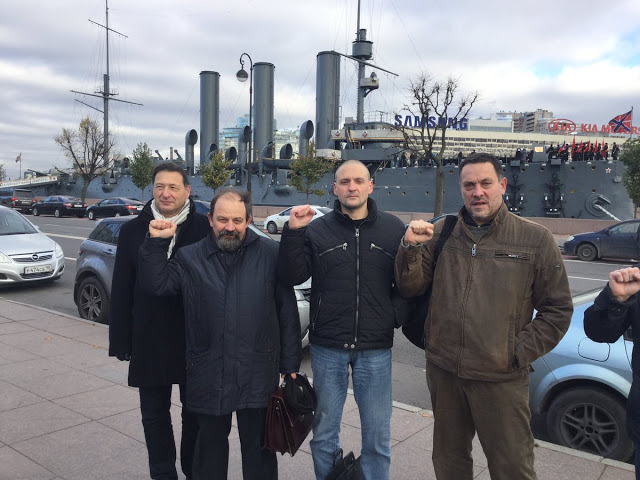 First Secretary of the Leningrad Committee of the Russian Communist Workers’ Party (RKRP-CPSU) and member of the political council of the ROT Front, Stepan Malentsov, described the plans of the left and communist organizations to hold political events in Leningrad dedicated to the 100th anniversary of the revolution. The Left Front is ready to cooperate with the ROT Front party for the struggle and unification of working people, and earlier, the LF supported the draft law proposed by the ROT Front party for mandatory annual indexation of wages for all employees.

Participants of the press conference also answered questions from journalists. In particular, Sergei Udaltsov responded to a question about relations with the current authorities: “We have no personal claims on Putin, we have systemic claims on the policy that he represents. Putin is a brake on Russia, Putin has never been able to free himself from the influence of oligarchs and big capital,” said the coordinator of the LF. According to him, “Putin comes and goes, but the system does not change.” 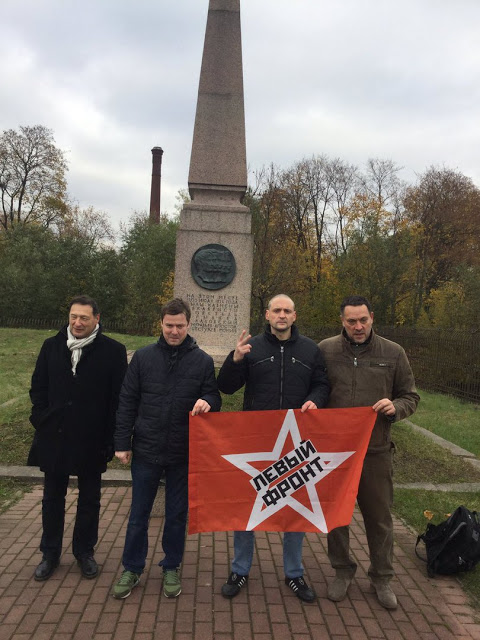 After the press conference, activists of the Left Front visited revolutionary sites of St. Petersburg and met with activists and supporters of the Leningrad branch of the organization.

Press Service of the Left Front

On October 25 in Moscow, supporters of the Left Front came to the Museum of the Revolution to celebrate the 100th anniversary of the October Revolution. According to representatives of the Moscow Left Front, the events of a hundred years ago were a global historical phenomenon that changed the course of history that opened new horizons and meanings for Russia and the world. 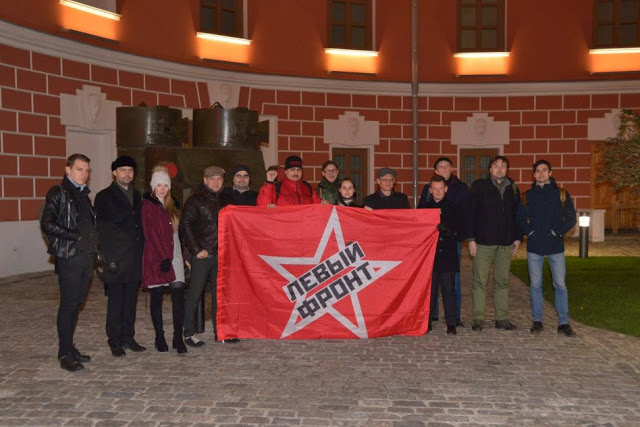 Near the revolutionary armored car, a video message was recorded inviting people to take part in the demonstration of left forces on November 7, which will begin at 15.00 at Pushkin Square.
Left Front – Moscow

One thought on “Left Front resumes active work: reports from Leningrad and Moscow”