People who care about the fate of Donbass often ask the question: why is there no war in the Lugansk People’s Republic (LPR)? Why do they [the Ukrainian Armed Forces] attack the Donetsk People’s Republic (DPR), while Lugansk lives in silence? We want to show you the northern lines of defense in Lugansk, so that you can see with your own eyes the situation that is emerging on the contact line.

Few people know that the escalation which began early in the summer is still gaining momentum. The fighting in the area of ​​ Bakhmuta does not cease. Zholobok, Donetsk, Frunze, Golubovka and many other towns of the LPR are under fire. Civilians are suffering. 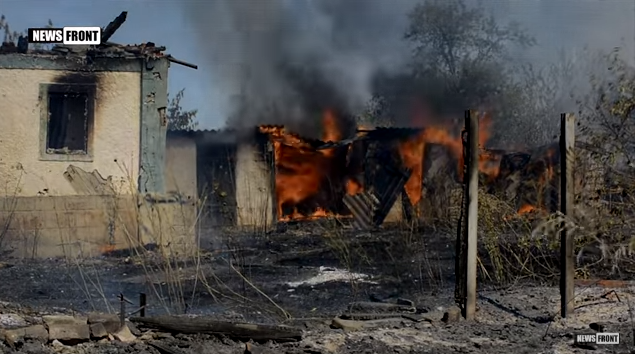 Additional commentary on the video by Ghost Brigade Commander Alexey Markov:
This is a short video report from the position of the Ghost Brigade about the “truce” and the war, which is not official. Two days later, Ukrainian troops shelled the village of Donetsk, burned down four houses and wounded two local residents.
We have a strict ban on the use of weapons: “Do not succumb to provocations, do not open return fire, comply with the Minsk agreements.” As if agreements with fascists are worth something… 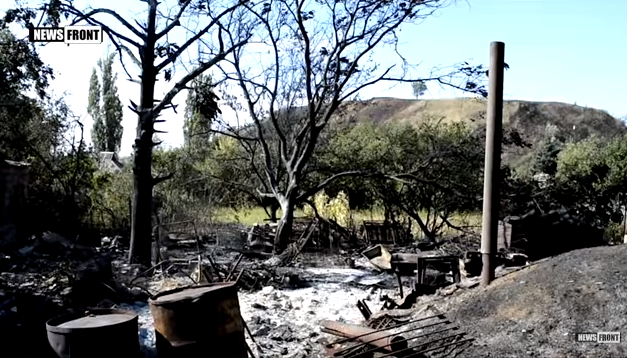 2 thoughts on “Bakhmutka burning: Special report from the land in which ‘there is no war’”