St. Petersburg/Leningrad, Sept. 10: Today a public action organized on the initiative of the United Communist Party – OKP was held in the city on the Neva under the slogan “Judges should be elected!”

The action was supported by virtually all left-wing organizations: the Marxist Tendency, Revolutionary Communist Youth League – RKSM(b), Russian Socialist Movement (RSD), Union of Communist Youth (SCM), the Left Front, the Left Bloc and others, as well as representatives of the parliamentary opposition of St. Petersburg from “Fair Russia.” In addition, the rally was addressed by Maxim Reznik, a member of the Legislative Assembly, with words of welcome and support.

Participants in the rally adopted the following resolution:

We, the participants of the rally in the city on the Neva, held under the slogan “Judges should be chosen!”, declare:

As shown by various opinion polls, approximately 43 percent of Russians do not believe in the fairness of the verdicts delivered by courts, and 56 percent claim corruption in the courts. The number of complaints received by judges increases every year. At the same time, more than half of citizens call the right to a fair trial among the most important rights for them. On the scale of significance, this compares for Russians with such rights as free medical care, jobs and fair pay, free education, and personal freedom.

The most diverse groups are suffering from the vices of the judicial system of the Russian Federation, seeking and often unable to find protection in the courts against violations of their labor, family, housing, property, electoral, environmental and other rights.

Over the last decade, on average, only 0.8 percent of criminal cases per year end in acquittal. This seems ridiculous, but in fact it is a huge tragedy for people. Do we need courts that work on the principle of a “rubber stamp,” which only confirm the conclusions of prosecutors?

A real disgrace of the judicial system is politically-motivated criminal and administrative cases on so-called “anti-extremist” and “rallying” articles. The number of convicted persons charged under these articles is growing exponentially.

Today, all federal judges in Russia are appointed by the president. No subject of the Russian Federation has implemented the statutory possibility of electing judges by the population. We, the participants of the rally, see this as one of the key reasons for the degradation of justice.

But in the history of our country there was a period when the courts were elected by the population directly! Of course, one can make caustic remarks about the Soviet judicial system, but why then, during the wave of so-called democratization, was it not reformed for the better, and instead elections replaced by appointment?

Today, the programs of many parties and movements demand the election of judges. However, the struggle for this is lethargic. Under these circumstances, President Putin does not need to publicly state that he is against electivity, as in doing so, allegedly, “there will be a clogging of the judiciary.”

We think otherwise. In our opinion, a judge whom the population has chosen and can recall at any time will treat people differently than now. Of course, an election is not a magic wand. We need cardinal changes in the entire socio-political system. But the issue of forming a judicial body is not a secondary one. If we do not push it forward today, it will only get worse.

We believe that at the least judges of local and district courts should be elected directly by the population, and judges of higher courts, by the relevant bodies of legislative (representative) power, parliaments. The appointment of judges by the president must be abolished.

The right to elect judges should be accompanied by the right to receive from them regular reports on their work. Voters should have the right to recall judges who have tarnished themselves by making knowingly illegal and unjust decisions that violate judicial ethics, or who demonstrate formalism and indifference.

We also support proposals to fully involve in the administration of justice not only representatives of the legal community, but also ordinary citizens. Without them, it is impossible to ensure fairness of judicial decisions. It is necessary to expand the list of cases considered with the participation of jurors and revive (on a renewed, democratic basis) the institution of people’s assessors. 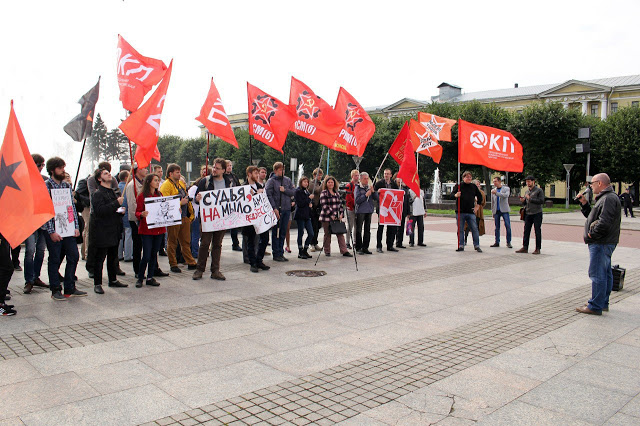 Judges should be elected!