Posted on March 9, 2017 by allpowertothesoviets

The political party Our Home is Moldova (Red Bloc) demanded that authorities immediately publish the text of a concession agreement for more than one-third of Moldova’s territory for oil exploration.

This is according to a statement issued by Our Home is Moldova on March 7. 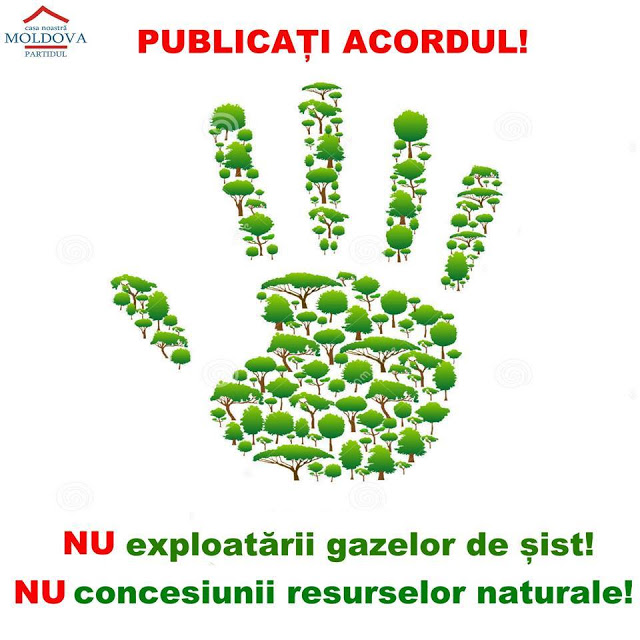 “The political party Our Home is Moldova is compelled to note that once again the people of Moldova learn after the fact about decisions taken by the authorities that affect the vital interests of all citizens of the country. The conclusion of the agreement on concessions of natural resources in Moldova, in particular hydrocarbons, with foreign company Frontera Resources International LLC [based in Texas, U.S.A.], took place in secret from Moldovan society, local authorities and the community of experts,” reads the text of the declaration.

“Statements by representatives of the government contradict the official publications of the company, indicating the signing of the concession for a term of 50 years, providing for design and development of hydrocarbon fields, as well as their exploitation. There is every reason to believe that the secret agreement involves the mining and extraction of shale gas, which can cause irreparable damage to the environment, life and health of the citizens of the country,” says the document.

Therefore, the party demands that the authorities “immediately publish the text of the Concession Agreement, including the provisions on the subject of the concession terms, natural rent, as well as the company’s liability for protection of environmental obligations. We stand firmly opposed to a concession on dubious terms for natural resources that belong to all the people. “We urge the Plahotniuc-Dodon regime to abandon plans for the development and production of shale gas. Taking into account the threat which the implementation of the concession agreement entails, we are starting a campaign to inform citizens about the consequences of the criminal actions of the authorities in squandering the natural resources of the country,” reads the text of the document.

Finally, Our Home is Moldova called on all Moldovan society to unite “around the idea of ​​avoiding concessions of natural resources and averting environmental disaster. We believe that human rights and a healthy ecological environment should always be above the interests of big business and corrupt officials. “