Posted on February 6, 2017 by allpowertothesoviets

Anticlericalism 2017: Stand up against obscurantism and greed of the churchmen

The “Anticlericalism 2017” rally was held in St. Petersburg (Leningrad), Russia, on February 5 at the monument to N.G. Chernyshevsky, dedicated to the anniversary of the adoption of the Soviet Government Decree on the separation of church from state and school from church.

The event, held annually since 2010, was organized by the United Communist Party (OKP), Rot Front and International Marxist Tendency. The action was also attended by activists of the Komsomol (RKSM), RKSMb, and other left-wing movements. Unexpectedly to many, solidarity was expressed by representatives of the Association of Russian Carriers, known for its role in the protests of truckers.

This year, protesters put a special emphasis on rejecting the impending transfer of St. Isaac’s Cathedral and other cultural monuments to the administration of the Russian Orthodox Church. The communists demanded the abolition of the law “On the transfer of property to religious organizations for religious purposes,” also known as the law on “restitution of church property.”

In addition, representatives of the United Communist Party took the initiative of making changes to the legislation which would allow protection against abuse not only for believers but also atheists. Also, according to the OKP City Committee, it is necessary to deprive the clergy of their unprecedented tax breaks and preferences. The position of the party was presented at the event by Semen Borzenko and Gleb Antonov. 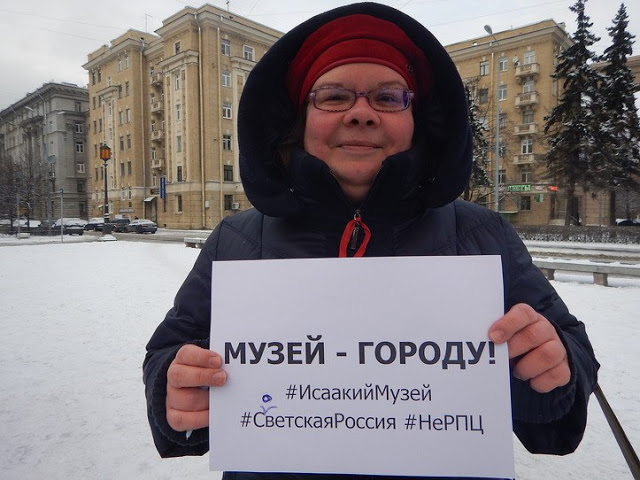 Chernyshevsky Square was the only place that the organizers of the “Anticlericalism 2017” action were able to get. St. Petersburg authorities denied the use of more than a dozen sites, including the Champ de Mars, Lenin Square and Pioneer Square. At the same time, the area near the monument to Chernyshevsky was a very good location. The outstanding revolutionary democrat and atheist Chernyshevsky is present in the struggle of modern secularists. 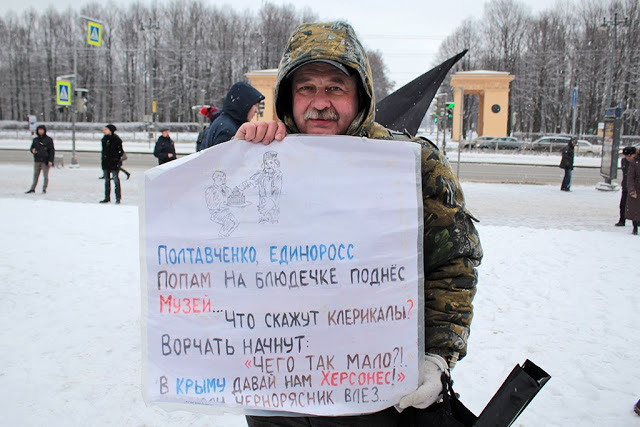