November 29: Fidel Castro will live in the hearts of millions around the world! 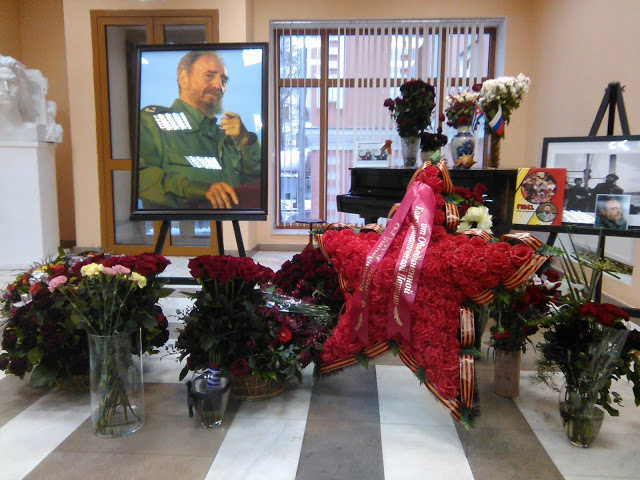 A delegation of the United Communist Party (OKP), Communist Youth Union (SCM) and Russian Communist Union of Youth (RKSM) visited the Embassy of the Republic of Cuba in Moscow and expressed condolences to the Cuban people.

On behalf of the organizations, messages were left in the memory book by Darya Mitina, Eugenia Polinovskoy and me.

Fidel Castro left undefeated, a hero for all people.

His belief in human potential and the inevitable victory of socialism will always be a beacon of red hearts, as will the liberated island whose name the whole world knows.

Everything is connected. We mourn together.

On Sunday, November 27, hundreds of Muscovites came to the Embassy of the Republic of Cuba to lay flowers at portraits of the legendary Comandante Fidel Castro Ruz, who became a symbol of struggle for freedom and social justice during his lifetime. Despite the bitterness of the loss and the gloomy weather, the majority came with hope that the cause of Fidel would continue after his death.