August 1: A youth gathering, organized by the Union of Communist Youth (SKM), was held July 27-31 in the Moscow suburbs. 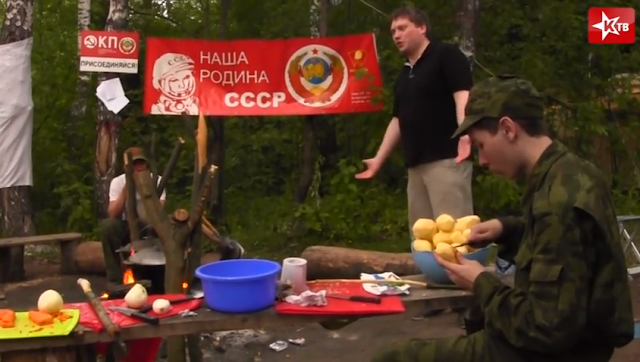 In addition to Muscovites, the event was attended by representatives of Penza, Novosibirsk, and Moscow Region of the SKM, the organization “Generation of New Times” (NVD), the Russian Young Communist League (RKSM) and the United Communist Party (OKP). 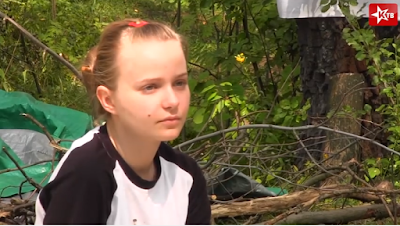 Sports and intellectual games, trainings on political psychology and the development of oratory skills, and various workshops were organized for the participants. 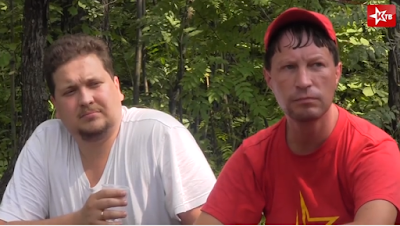 There were film screenings and discussions of “Colonia Dignidad” [“The Colony”], “6 July,” and “Before the First Blood.”

A lecture about the factors of economic growth in modern Russia and the reasons for its exhaustion was read by Maxim Pavlyuchenko of the Youth University of Modern Socialism. 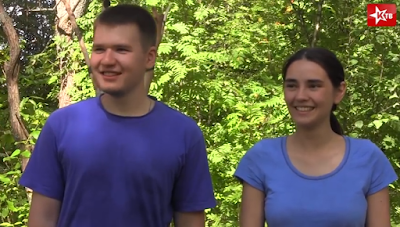 During a meeting with OKP Secretary of International Affairs Darya Mitina, rally participants discussed the history of the World Festival of Youth and Students, recent developments in Turkey, and the situation in Ukraine and Donbass.

Every day, young people independently prepared breakfast, lunch and dinner on the campfire, gathered firewood and kept order in the camp.

Video report by RedTV:
From July 27 to 31, 2016, in the Dmitrov district of Moscow region, on the banks of the Moscow Canal, activists held a gathering of the Union of Communist Youth (SKM) and other left-wing organizations, which was attended by delegates from different cities of Russia.