Report by Workers’ Party of Donbass

On March 17 at the Krupskaya Library in Donetsk, a “gathering of Soviet citizens” was held, dedicated to the 25th anniversary of the all-Union referendum on preserving the Soviet Union.* The meeting opened with the singing of the anthem of the Soviet Union. 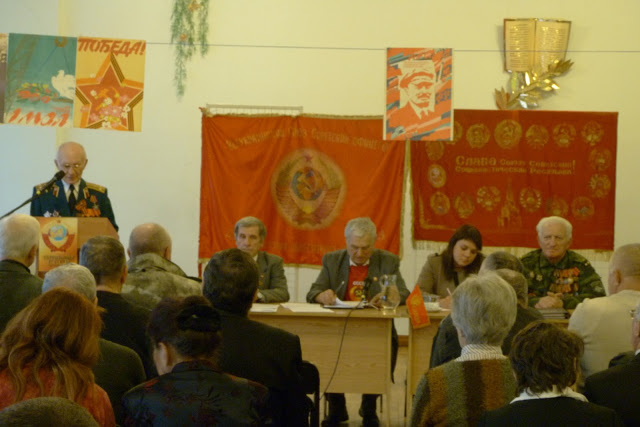 The event was attended by the Council of Veterans, Communist Party of the Donetsk People’s Republic and Komsomol members. Speakers discussed the problems associated with further liberalization of the economy, and legislative, economic and social reforms in the period before and after the referendum. 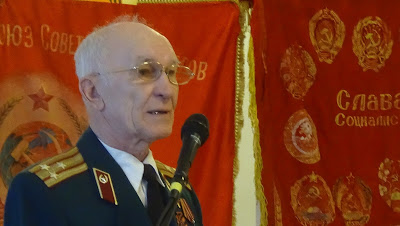 Many participants paid special attention to the de facto and legal process during the disintegration of the Soviet republics. As a result, they concluded that the contradictions that developed in the process of dissolution resulted in “death of the Constitution” in 1993 in Moscow. 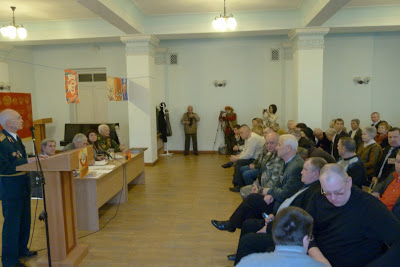 Translator’s note: The referendum held on March 17, 1991, stated: “Do you consider necessary the preservation of the Union of Soviet Socialist Republics as a renewed federation of equal sovereign republics in which the rights and freedom of an individual of any nationality will be fully guaranteed?”

An overwhelming majority of Soviet citizens in every republic voted “Yes,” except in a few republics where counter-revolutionaries in control of the government apparatus did not allow the vote to take place. Elsewhere there was 80 percent voter turnout.
For: 113,512,812 – 77.8%
Against: 32,303,977 – 22.2%
Despite the vote, the U.S.-backed Gorbachev-Yeltsin leadership illegally dissolved the USSR on December 26, 1991.