January 28: In the Vietnamese quarter of Odessa, there were clashes between ‘Alpha’ fighters and residents: there are injured.

Today’s operation by the Security Service of Ukraine [SBU — the Ukrainian FBI] in the Vietnamese quarter on Grushevskogo Street resulted in a brawl between fighters of the special division “Alpha” and residents of the “Lotus” housing complex.

As we reported, Ukrainian Security Service officers, who are searching for evidence of illegal activity by immigrants (in particular, illegal foreign currency transactions), acted rather unceremoniously, breaking into the apartments of immigrants from the Socialist Republic of Vietnam. Dwellings were opened even when the owners were not at home. The Vietnamese claimed that operatives stole money and valuables.

In response to the actions of the SBU, residents blocked the exit from the complex and began to rush toward the operatives. One of the protesters, an older man, was visibly beaten by the soldiers. He was taken in an ambulance.

The current situation in the “Lotus” has stabilized. Operational activities have been completed.

We note that recently unknown persons brutally beat and robbed a Vietnamese living in the village of Sukhoi Liman near Odessa. 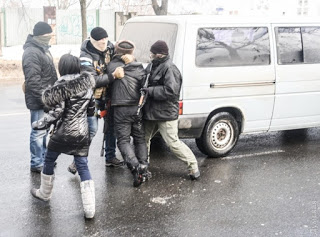 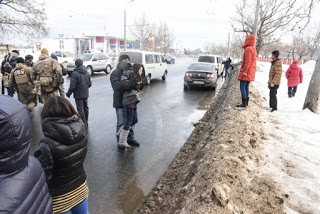