Recall that Grigory Petrenko, former Member of Parliament, honorary member of the Parliamentary Assembly of the Council of Europe, and leader of protests against the oligarchs in Moldova, was detained by police for 72 hours on Sunday, September 6, after a protest in front of the General Prosecutor’s Office and the announcement of plans for a peaceful non-stop rally in front of the “prosecutors’ office seized by oligarch [Vlad] Plahotniuc.” 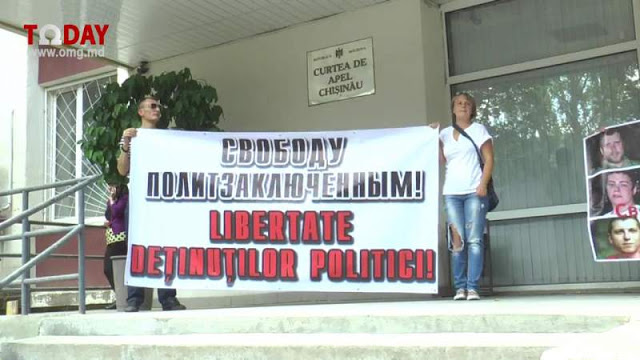 Also on Sunday, September 6, seven people were detained, according to police, including protesters, activists, and former political prisoners of the ruling regime in Moldova Mikhail Amerberg, Pavel Grigorchuk, and Alexander Roshko.

Subsequently, Petrenko was jailed for 30 days, and was charged with “organizing mass disorder.”
Source
Translated by Greg Butterfield