Posted on August 24, 2015 by allpowertothesoviets

August 24: Members of the party “Our Home is Moldova” (Red Bloc) and their supporters held a Saturday subbotnik* August 22 at the at the memorial tank and monument in Leuseni.

The memorial complex, which consists of the grave of the Unknown Soldier, a monument of fortified trenches and a tank in Leuseni, has long been notorious with the publications of the so-called “Free Press” which demand that it be dismantled and melted for scrap. More than once, far-right supporters of the unification of Moldova with Romania have vandalized the memorial. Unfortunately, some ordinary inhabitants also don’t have the best attitude to the Leuseni memorial, and in just one year managed to leave hundreds of kilos of rubbish: bottles of alcohol, cans, broken glass and other household waste “graced” the entire memorial from the tomb of the unknown compatriot who died on this spot to the pedestal on which the most famous Soviet tank of World War II rests.

However, on August 22, a group of Red Bloc activists and non-party friends traveled from Chisinau to Leuseni, and worked for seven hours removing all the garbage, mowing the grass, freshening the paint on the memorial plate, and putting the whole surrounding area in order. The subbotnik was dedicated to the 71st anniversary of Moldova’s liberation from the Romanian-German fascist occupation, which the republic will celebrate on August 24.

It is symbolic that a memorial was installed here in 1969, in honor of the 25th anniversary of the victory in the Great Patriotic War. It was at this exact spot that Soviet troops surrounded and captured 18 enemy divisions, or about 300,000 soldiers and officers, including 24 German generals, on August 25, 1944. To learn about the heroism of the crew whose fighting vehicle crowns the memorial in Leuseni, you can read the documentary story by Tudor Topa, “Armored Fortress,” published in 1978.

At the end of the subbotnik, the activists held a short rally at the restored complex, observed a minute of silence in memory of the heroes who died in the liberation of the motherland from the Nazis, and laid modest wildflowers on the grave of Unknown Soldier of the 161st Moldovan Infantry Regiment.

How long the monument retains its normal appearance depends on each of us, including the government, which for decades has not carried out restoration work at the memorial. Unfortunately, even in this Jubilee year — the 70th anniversary of the victory over fascism — we are dealing not only with the strengthening of unconsciousness among some of the Moldovan people, but frankly are fighting many political revanchists who disgrace the memory of our heroic grandparents and great-grandparents, who contributed to the victory at the cost of their lives. Let’s hope that the healthy patriotic forces in Moldova will be able to turn the tide, and the words of an unknown poet left at the foot of the tank-monument will always be relevant:

Crushing the enemy along the road of war,
Filial feat entering into Legend.
He reached the borders of the country first
And remains here forever.

* Translator’s note: Subbotnik is a term from the early Soviet era. It refers to a voluntary day of work, usually on the weekend, for community service.

Photos by Grenada correspondent Stanislav Panfilov from the scene: 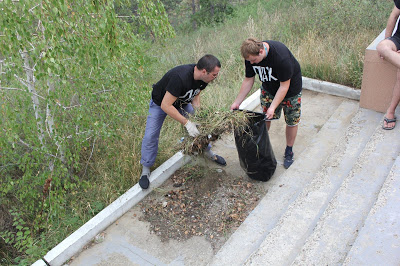 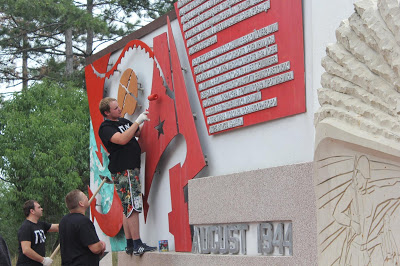 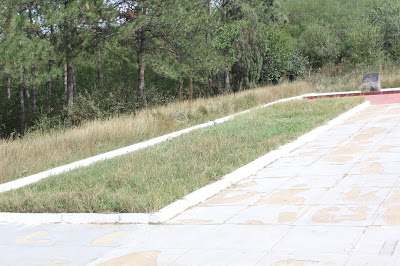