Sept. 16: The left movement has one unique trait. If it is destroyed as something whole, and even if all the carriers of the left idea are destroyed, it sprouts again in the most unexpected moments and is reborn from absolute emptiness. Because it is impossible to destroy the human desire for justice, equality, brotherhood. And you can\’t prevent people from fighting for a better future.

The Ukrainian state was created by the communists as a new society of socialist democracy and progress. However, after the Euromaidan, the rightist consensus has completely dominated Ukraine. The right-wing government and the right-wing opposition compete with each other in anti-communism and xenophobia, combining the main tenets of conservative and libertarian ideology. Ukraine is orphaned without social thought and left-wing politics, but the left remains the only force that offers Ukrainians a way out of the endless crisis, declaring a socialist alternative to capitalism.

The ruling class controls public consciousness through the oligarchic media. They force people to fight against their own interests, and this has allowed a number of anti-social reforms to be carried out — to roll back benefits, raise tariffs, destroy the healthcare system, and virtually eliminate affordable and free education. The media will always tell you that the capitalists are your friends, and will designate ordinary people with a different nationality, language or views as your enemies. 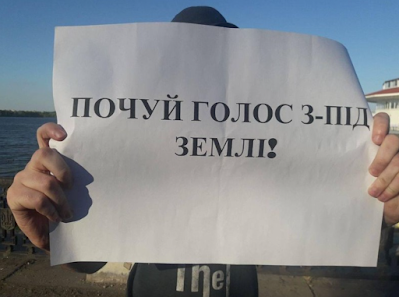 However, these worthy media do not report on the underground strike of miners who have not come up from the mine in Krivoy Rog for more than two weeks, demanding normal working conditions and wages. They will not talk about the fact that pro-government candidates are campaigning at the expense of the state budget, and the Ukrainian state itself is increasingly dependent on the influence of external forces. They will only say what is beneficial to their owners, who have privatized the Krivoy Rog mines, and are most afraid of an objective assessment of the events taking place in the country.

But in Ukrainian society there is a growing demand for truth and social protest. Progressive forces are emerging to support the striking workers. It is especially encouraging to see among them representatives of a new generation of Ukrainians who grew up in the gloom of reaction, in isolation, under the influence of nationalist propaganda. However, they take the side of the left movement, realizing that this is the only path that can lead Ukraine out of its impasse. 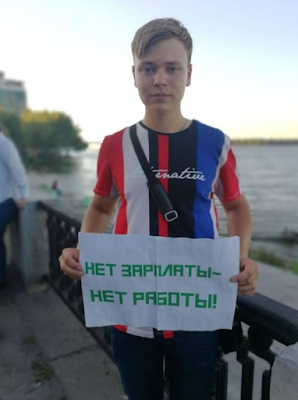 One of these groups, which strives to promote the progressive agenda in every possible way, is a new association of Dnipropetrovsk activists called Livitsa. It unites people of different views and with different backgrounds, but with a common desire to change the existing order of things.

They intend to work together to resist neoliberal reforms and the total dictates of capitalists who exploit the Ukrainian people with the support of neoliberal officials and international credit funds. 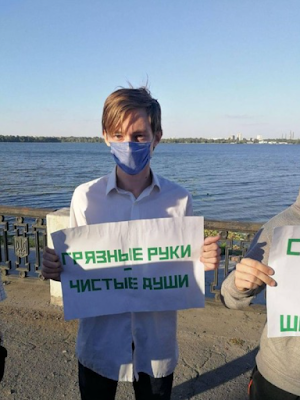 The association actively supports the workers of the Krivoy Rog Iron Ore Combine, in order to break the information blockade that was artificially created around the underground protest of workers. Only now, after high-profile actions in support of the striking miners, the Ukrainian media have finally started talking about their just demands. Dnipropetrovsk activists are convinced that a broad campaign of solidarity with the miners will help convey information to the public about the strike in Krivoy Rog, which can already be called the most important event of 2020.

In Ukraine, local elections are approaching, which dominate the media along with the topic of the coronavirus. Citizens will be preoccupied with “important” choices, casting their vote for corrupt and deceitful politicians. Lіvitsa decided to emphasize the absurdity of this situation and handed red cards to bourgeois politicians — as a symbol of the fact that they will be removed from the country’s political field. 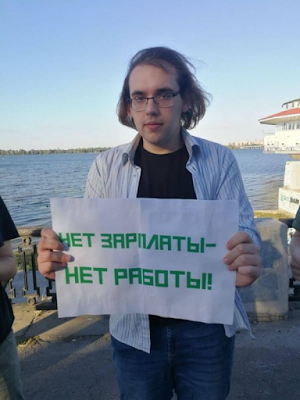 The main target of the left was the mayor of the city, Boris Filatov. This controversial politician promised to hang “undesirables,” and got the nickname Boris the Gravedigger among the townspeople for the fact that during the coronavirus collapse he suggested that local residents dig 600 new graves in the city cemetery instead of opening new clinics and solving the social problems of Dnipropetrovsk residents.

The left brought red cards to the mayor\’s campaign event, where they were attacked by his guards and hired security forces. Despite this, Livitsa assesses what happened as a success. The action reminded everyone of what this official represents, who pours oil into the ears of each new government, but is not ready to listen to his citizens. The illegal actions of the mayor\’s mercenaries, as well as the police, who did not protect people from the \”titushki\” who attacked them, were seen by hundreds of townspeople. And the red card was still handed to the representatives of Filatov\’s team, who completely focused on the PR of their boss, ignoring the problems of the city. 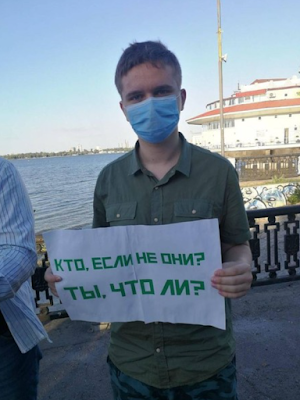 Red cards are also being prepared for other politicians and officials, which will be delivered to the addressees. We hope that this will be one impetus for changes in the Ukrainian political environment, and the Dnipropetrovsk left will contribute to the revival of the left-wing movement in Ukraine. 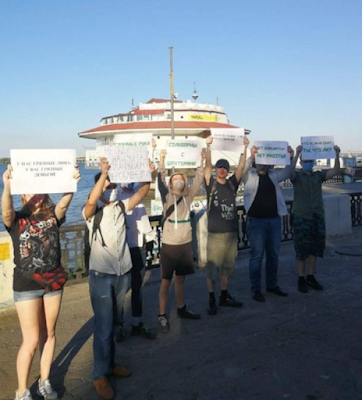