Posted on March 25, 2020 by allpowertothesoviets

The pandemic has highlighted and exacerbated global contradictions. These contradictions can only be resolved through an acute crisis, which we have witnessed in recent weeks. This crisis is not so much epidemiological as economic, political, social and environmental.

The coronavirus did not create it, but only became a trigger that accelerated the long overdue process. The economic collapse faced by the world economy was simply a matter of time: global debt is more than three times greater than world GDP; the contradictions of the capitalist system can no longer be resolved even through cyclical crises; this bubble could not help but burst, whether faced with an epidemic or something else.

And just like that, the epidemic arrived in a matter of time. The predatory attitude of the capitalist system toward nature caused the spread of previously unknown diseases: the destruction of the habitat of wild animals forces them to move closer to humans, spreading the contagion between species. If the coronavirus had not caused the pandemic, it would have been caused by something else.

This outcome had to take shape, and it did. 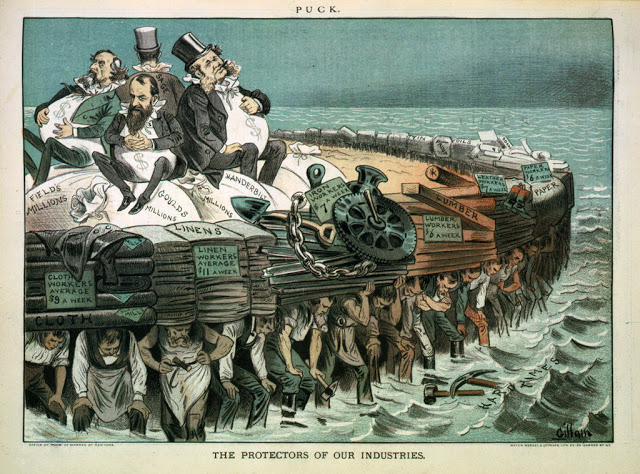 Today, the epidemic is spreading to new countries and continents. The death toll is already in the tens of thousands, and those who are sick number in the hundreds of thousands.

In Italy and France, doctors who are unable to cope with the influx of patients are ordered to use ventilators for elderly patients (for whom the virus is most dangerous) only as a last resort. In fact, we are talking about a form of geronticide. But besides the narrow medical consequences, the virus has economic, political and social consequences.

It has become apparent that people are vulnerable to the pandemic to varying degrees. It’s not just the elderly, whose risk of dying as a result of infection is an order of magnitude higher than that of young people. The pandemic hits harder among the most vulnerable segments of the population more strongly than the privileged, the poor are hurt more than the rich. Where some simply switch to remote work, others lose their livelihoods. The increased burden of housekeeping and raising quarantined children falls primarily on women’s shoulders. Migrants, food workers, seasonal workers laboring without an employment contract or with a “gray” contract — for them the economic consequences of the pandemic are particularly painful. Millions of people lose their wages, and those who continue to work put themselves at risk, usually without any increase in pay — delivery workers, taxi drivers, retail workers and doctors. Tenants who stay home are at risk of becoming homeless, losing the ability to pay rent.

The ban on mass events in many countries is used to rapidly push through unpopular measures.

Quarantine isolates huge regions; trade and production chains are interrupted, entire industries are in decline. National health systems are being severely tested one by one — and not all pass with honor. This applies especially to those countries where “austerity measures” imposed by neoliberal institutions have led to the degradation of health care, cuts in funding and staff for small savings.

In the global system of inequality, some countries are above others in the global “food chain,” exploiting them both in “peacetime” and in emergencies. We saw how, in a serious crisis, the ruling classes of the capitalist countries instantly dropped all words about “solidarity” — whether European, Atlantic or any other — and demonstrated their true credo: “Each one for himself!”

Italy, the first to be affected by the epidemic in Europe, faced a ban on the export of medical products to it from Germany and France. The first deliveries of essential medicines, medical supplies and doctors to the affected countries come from China and Cuba.

But such a ban only applies “from the top down”: on the contrary, vital medical devices are washed out from the subordinate countries to the imperialist centers by hook or by crook: from Italy, which became the epicenter of the epidemic in Europe, U.S. military planes removed hundreds of thousands, or even millions, of missing coronavirus tests. Medical masks and even respirators are legally and illegally taken from the devastated local institutions of Ukraine to the European Union.

The peoples of the countries oppressed by imperialism receive a clear lesson — and enough time to comprehend it.

The reaction of the authorities in different countries ranges from a complete denial of danger and neglect of basic security measures, as in the UK, to the total quarantine that Hubei has undergone in China, a huge region with a population larger than that of England.

In Europe, huge amounts of money have been thrown into the fight against the epidemic, and only a small portion of it is directed at sanitary and medical measures, and most assets are intended to compensate for business losses — through direct financing or tax benefits.

The measures dictated by the situation objectively lead to an increase in the socialization of the economy. In this sense, we can talk about “sanitary socialism” (similar to “military socialism” during the First World War). Make no mistake — these measures are carried out primarily in the interests of the bourgeoisie, but they demonstrate to the working class the real alternative, the rationality and effectiveness of socialism — of course, when the ruling class is changed.

Thus, the pandemic exacerbates the general crisis of capitalism and creates the prerequisites for the transition to a new socio-economic formation. Whether these premises will be realized depends on the outcome of the class struggle.

The pandemic again makes clear the contradiction between individualism and the common good. From an individual point of view, it is logical to stock up on food, medicine and protective equipment as much as possible. But such a strategy of behavior creates scarcity, increases panic in society, increases the risk of infection for those who have not had time to provide for themselves — including healthcare workers — and ultimately harms everyone. The greed of businessmen and rulers, profiting from a common misfortune, breeds the hatred of millions.

Paradoxically, the (self) isolation of human masses can serve as an impetus for them to acquire a new form of collectivity.

The loss of the opportunity for a huge part of the world working class to leave their wretched homes leads not only to an increase in domestic violence, but also inevitably raises the question: how did it happen that they were forced to spend their lives torn between hated, low-paid jobs and cramped, increasingly expensive housing?

The outward calm of the quarantine should not deceive us: in the favelas of São Paulo, the suburbs of Paris and the slums of Los Angeles, the fury of millions flares up inside the walls of individual apartments, waiting for an hour to splash out onto the street and ask the rich and the authorities: how dare you allow this to happen?

25 thoughts on “‘Sanitary socialism’ and the global crisis”