The Comintern, the Third Communist International, whose first congress was held in March 1919 in Moscow, has turned 100 years old.

With the creation of the Comintern, an important, strategic triad finally emerged: Soviets —Party —Comintern. That is, the Soviets are the form of the new proletarian statehood, discovered and implemented by the Russian revolutionary liberation movement of 1905-1917; the party is the leading political, revolutionary headquarters of the sovietization of Russia; the Comintern is the union of communist and workers’ parties of the whole world under the leadership of the Leninist Russian Communist Party (Bolsheviks), designed to popularize and spread the experience of the Russian proletarian revolution on an international scale. In practice each component of this triad could not exist separately, as the whole subsequent history of both the Comintern and the USSR clearly proves. 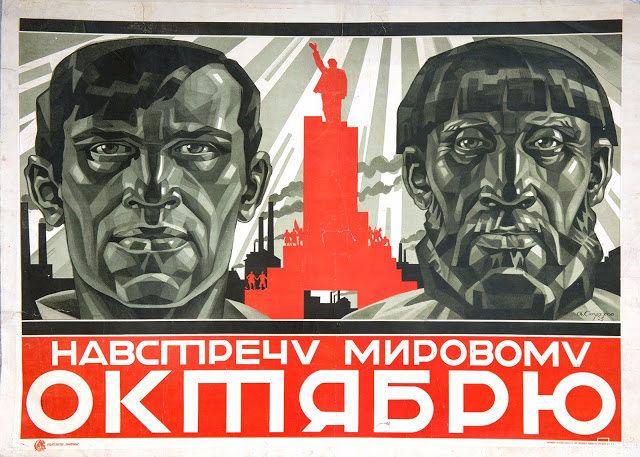 The creation of the Comintern marked the spread of the Soviet revolutionary project beyond Soviet Russia and its internationalization. After the spontaneous revolutionary wave, raised in the world by Great October, began to recede, the Comintern was called upon to structure and systematize the work of individual “national” communist parties, directing their activities for the resolution of the global international task — preparing the conditions for their “local” revolutions, as a necessary prerequisite for the development of the world revolutionary process.

With the formation of the Union of Soviet Socialist Republics, the role of the Comintern as a “world communist party” increased dramatically. The Soviet Union, which experienced a period of “diplomatic concessions” (a guarantee against unpredictable capitalist interventions), was to be a life-giving example for all the oppressed people of the world, a prototype of the World Soviet Republic, while the Comintern was the leading headquarters for its implementation.

The dissolution of the Comintern (a topic incomparably more complicated than a brief commentary can cover) dealt an irreparable blow to the very idea of ​​the “world Soviet Union.” The blow was more thorough and systematic than the notorious instances of Khrushchev’s “voluntarism,” Brezhnev’s “stagnation,” and even more so — the defective “Belavezha Accords.” Indeed, all of the latter were a direct consequence of the rejection of the Leninist definition of the USSR’s mission, as a union open to all newly created socialist states of the world.

The confessions of the last chairman of the Comintern, the heroic Georgi Dimitrov, made by him in conversation with the Yugoslav communist Djilas (who later became a dissident and apostate), are extremely important for history. At the end of his days, the great Dimitrov stated, not without regret, that the idea of ​​dissolving the Comintern was born in the top leadership of the Communist Party of the Soviet Union (b) long before the famous deal with the “allies” (the leaders of the United States and Great Britain demanded the dissolving of the Comintern in exchange for opening a second front in Europe). According to Dimitrov, the idea arose immediately after the entry of the Baltic States into the USSR, i.e., on the eve of the Second World War. This, according to the last leader of the Comintern, strengthened Stalin’s belief in the expediency of “planting” a more progressive social system in other countries solely by the power and authority of the Red Army. But this was precisely the strategic and tragic mistake. 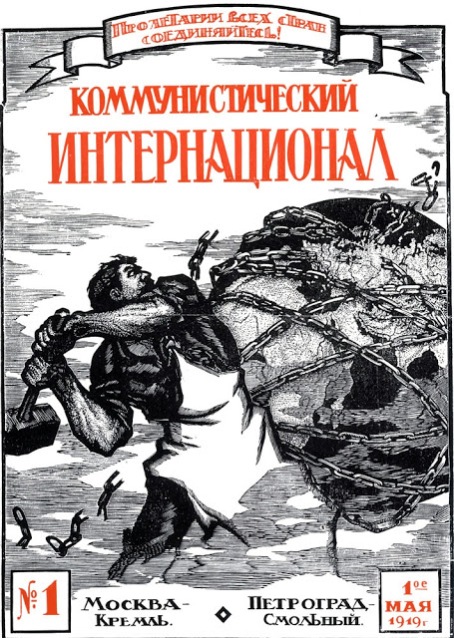 Without exception, the “people’s democracies” that emerged in Europe after the liberation campaign of the Red Army demonstrated their exceptional weakness. With rare exceptions, all these regimes were not “won” by the peoples of these countries, as they say, “from the battlefield,” but “presented” to them by the “big brother” USSR, who generously helped them subsequently both economically and militarily. (This inevitably engendered both infantilism on the part of the former, and to a certain extent “social-imperialism” on the part of the latter.) That is why, despite the repeated and sincere requests from a number of “people’s democratic” states for their inclusion in the USSR, none of them were even considered by the post-war Soviet leadership as potential republics of the Soviet Union. They were all treated as a convenient “buffer zone” between the two opposing camps of the new world order, and there was irreparable damage to the common cause in whose name the Comintern was once created.

There were happy exceptions to the rule — parties that managed to push their “national” revolutions far beyond the compromised “people’s democratic regimes” imposed by Moscow. True, such a move was viewed from then on either with apprehension and distrust (Mao Zedong and Ho Chi Minh), or considered to be unacceptable and even reactionary with all the ensuing consequences, up to “exile” from the “world camp of socialism” (Tito).

Of course, the dissolution of the Comintern could probably be explained by the desire to beat the cunning “allies” in a difficult “geopolitical” maneuver, political expediency, or something like that. But what kind of maneuver could justify even the change of the national anthem of the state — which reminded the peoples of all countries of the strategic, inescapable mission of the USSR, which it proclaimed under Lenin in December 1922? And in what way was the “Indestructible Union,” united, as is well known, by “great Russia forever,” to contribute to this mission from then on? All these questions require a separate and extremely honest consideration, and we hope that the time for such an analysis – not, of course, to the detriment of the common cause — will sooner or later appear.

But be that as it may, one thing is already obvious. The revival of the Comintern, about which not only disunited foreign comrades from fraternal Communist Parties, but also our disunited comrades here, speak more and more often, is not a one-day deal. It will move beyond a dead letter only on the condition that a relatively “big” country of the world becomes its new initiator, in which a Communist Party comes to power, not just in name and form, but in content. A party like the heroic Leninist RCP (b), which founded the Third Communist International 100 years ago.

But so far it has not, and while the tight gear of history is unwinding and gaining momentum, the duty of the Russian communists, as well as their brethren around the world, is to tell the truth about all the founders and leaders of the legendary Comintern, without exception. And first of all about those whose names in the past were unreasonably desecrated with contempt by their contemporaries or completely forgotten. For us, this is important, because the history of this glorious militant organization, which threw an implacable challenge to the old world, should not contain any blank spots. They are all with us — devotees, heroes, martyrs of the world communist revolution, who left us with the militant slogan on their lips: “Proletarians of all countries, unite!”