“Anti-Clericalism 2019” took place despite opposition of the authorities

February 5: An Anti-Clericalism 2019 action was held in St. Petersburg, Russia, marking the anniversary of the adoption of the 1918 Soviet Decree on the Separation of Church from State and School from Church.
It was attended by representatives of the United Communist Party (OKP), allies from the Russian Communist Workers Party (RKRP), MMT, Revolutionary Workers Party, the “Isaac Museum” Initiative Group, and other public associations.

Organizers applied a permit for the event in six district administrations, but everywhere they were refused, and, in violation of the law, alternative places were not provided. The reasons for the refusal were frivolous — from “places adjacent to snow removal equipment are prohibited for holding rallies” to “the rally will divert the attention of motorists, which can lead to an emergency situation.” The organizing committee appealed to the courts, but Themis took the side of the officials. 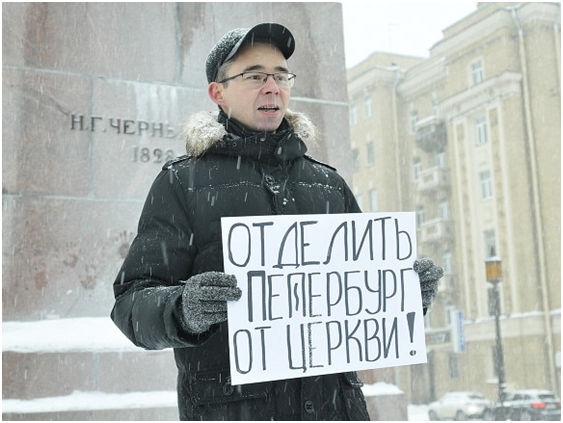 As a result, the action was held in the form of alternating single pickets, who expressed their attitude to the problem of the clericalization of Russia to the applause of the crowd. 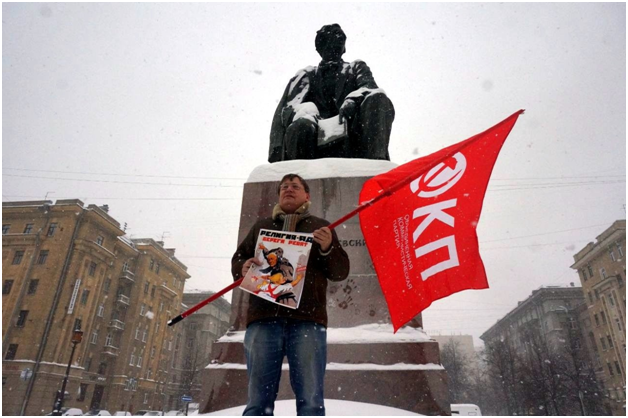 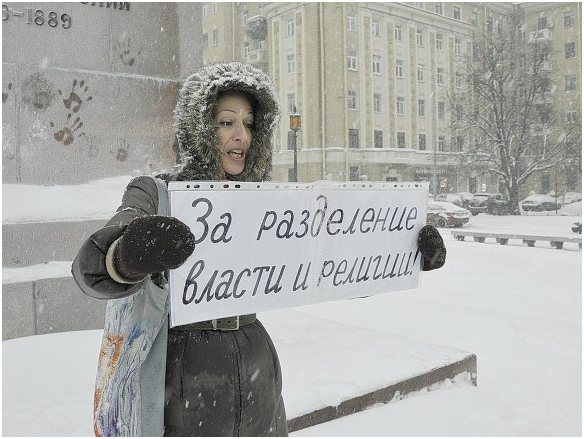