December 14: Writing is really difficult but necessary. Yesterday began at the Gemelli hospital. Some of us are already there before 8 in the morning. We arrive at 7:50 and wait for the time to enter and see Angelo in the coffin. We think they’re preparing things, but then we go see. Angelo had been placed near an altar and under the cross in a small chapel-like room. We look at each other in astonishment and as an antidote we place a Soviet flag that we were given in Donbass. Then a worker passes by and we say to him: “Aho, but who put him here? This is an atheist!”
The guy puts his hands in his hair and says: “Oh God, I’ll move him right away!” We put the coffin on a trolley and like in a Totò movie, all move the coffin. Angelo would have laughed.
With Angelo and in general with all of us, we have always taken this life as it comes. There will be time to mourn when we are defeated. For the moment we are still on the barricades and Angelo “Sigaro” is here with us. Thousands of hours together, laughter, work in the shipyard, kilometers, concerts by the Nabat, the Clash, the Gang, the Klaxon, the Redskins, Kortatu and who remembers how many more … and countless discussions, projects and concrete things and concerts around the world from Nicaragua to Donbass, passing through so many places that we don’t even remember them. And then faces, smiles, stories, families and comrades, alive, dead, murdered … and yesterday many of those kilometers were at the Egyptian Temple [a cemetery in Rome]. Many of those stories were at the Egyptian Temple.

A few weeks ago we recorded a couple of songs with Angelo “Sigaro.” When Angelo left the recording room, he told us he wanted to work on three or four more tracks and prepare them. But time is a tyrant. We couldn’t.

Yesterday at the Egyptian Temple we said that one of the last messages Angelo had sent to one of us was FORWARD UNITED, written in capital letters. A terrible legacy in a country where splitting is the rule, where UNITED is a beautiful word but nobody can put it into practice. 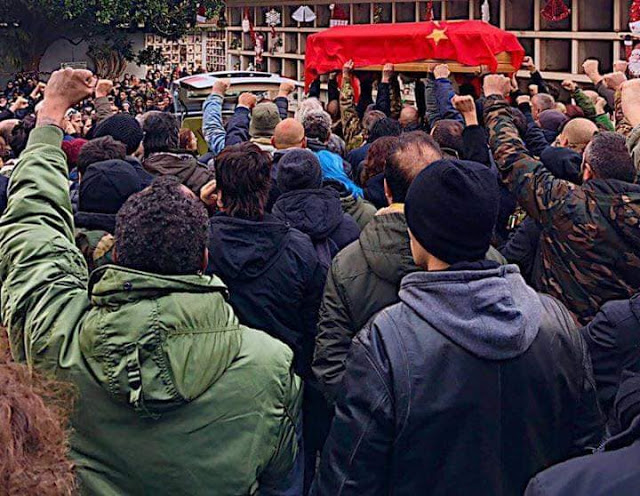 With Banda Bassotti we can talk a little to all those who are part of our world. We leave the thousand differences willingly to others. Once Picchio said a historical truth for us: the communists have rarely joined together. One of those times was the October Revolution. 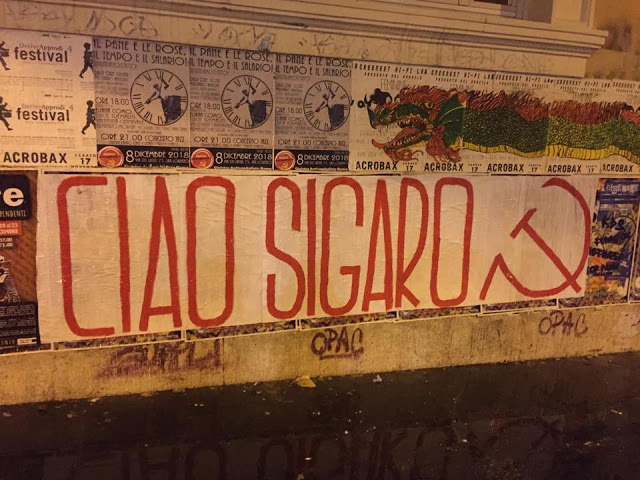 We have not answered many. Excuse us, we are too upset and it remains difficult for us.