Banda Bassotti’s David Cacchione: ‘Donbass was between the hammer and the anvil’

October 16: David Cacchione, a member of the well-known Italian group Banda Bassotti, an anti-fascist who actively supports the Donbass, speaks about his vision of the situation in the Donbass, and the changes taking place in Lugansk and the Republic.

You’ve come again to Lugansk. How and when did you get acquainted with Donbass?

Members of our group in 2014 were simply shocked by the events in Odessa on May 2. We closely followed what was happening, and when the war began here, in the Donbass, we immediately organized and created the “Antifascist Caravan” – this is the official name of our public organization. This caravan was specially created to help the residents of Donbass. As musicians we travel around the world, hold concerts, and perform in many countries: Chile, Nicaragua, Venezuela, Cuba, Mexico, Japan and Ecuador. Everywhere we talk about the Donbass and what is happening here, show the symbols of Donbass, show photos from here, and everywhere we call on the fans of the group to provide all possible help and support to the people of Donbass.

When did you visit us for the first time?

The first time we came to you was in September 2014, but we were not allowed to enter Lugansk, we needed a double-entry visa. Nevertheless, we gave a concert in the center of Rostov-on-Don [Russia] to support you. After that we have been frequent guests. Last year a concert was held on May 1 in Krasnodon, this year on May 9 in Stakhanov. 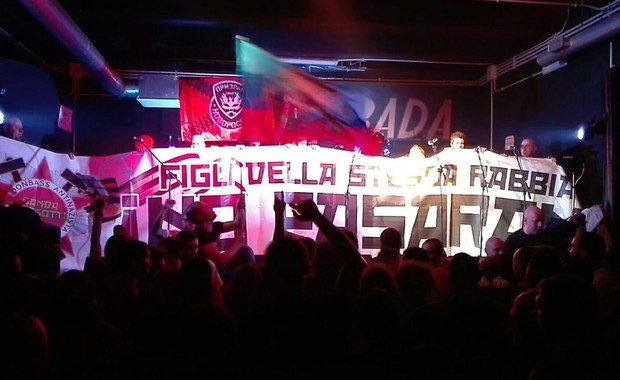 In 2015, we were in Alchevsk. Then it was impossible not to notice a large number of soldiers, there was a lot of military equipment on the street at that time. Now I see that Lugansk resembles a peaceful city. At the same time, I constantly remember that there is a war just a few kilometers from the city, that civilians are dying . This thought never leaves me. And undoubtedly, since people in Lugansk are not under shelling now, it is easier to communicate with them. But the fact that you are a Republic under siege leaves its mark. It’s hard for people. This is also visible — problems with unemployment, low pensions. The state of Ukraine is doing everything so that a person cannot receive a pension, I understand this very well.

You have been trying to bring the truth about our events to the world for four years, but are there any changes in the perception of information about us among people in the West?

At the very beginning of the war, when we began to engage in our activities, almost nobody knew about the Donbass. Now the situation has changed for the better, including with our help, but there is still a veil in the leading Western media. That’s why we are trying to bring the truth of what is happening here to more people. I’m talking not only about Italy, but also about many countries. For example, I was at conferences in Berlin, in Beirut, and everywhere I speak about Donbass.

Your activity runs counter to the Western political and media mainstream. Do you feel any pressure because of this?

We have devoted our whole lives to supporting the left movement, we don’t feel any special pressure from the government, we just do our job and that’s all. At the same time, we ourselves are persona non grata in the Italian mass media, because our point of view differs from the official point of view of the Italian government. The name of our band Banda Bassotti translates as “tramps” (laughs).

What is your forecast for the development of the situation in the Donbass? After all, you visit many countries, you support various liberation movements, do you have something to compare with?

My view is that the Donbass republics, like Syria, fell, as we say, between the hammer and the anvil. All this is a global dismantling by the United States of those countries who are tired of American dictatorship and terror. In your case, with Russia. As I see it, the Russian Federation in this confrontation is currently more actively supporting Syria and the Donbass less actively. But still, the decision of the future in this fight will be on the part of Russia.

OK, but what to expect of Ukraine and its people in this situation? After all, in fact, the Ukrainians acted as puppets and American mercenaries in the war against part of their own people?

When I talk about America, I don’t mean its people. There are many Americans who do not support the aggressive U.S. policy. Here I can say the same thing about the Ukrainians. I maintain relationships with many and know that they do not support their government. I understand perfectly well that the Ukrainian government has received tremendous political, financial and other support from the United States, so they are pushing their people to actively participate in the war in the Donbass.

What do you wish for us, the residents of the Republics?

Of course, “No pasaran!” (from Spanish, “They shall not pass,” a political slogan expressing a firm intention to defend one’s position, one of the slogans of the anti-fascist movement – ed.). We always use this slogan at our concerts. Hold on! 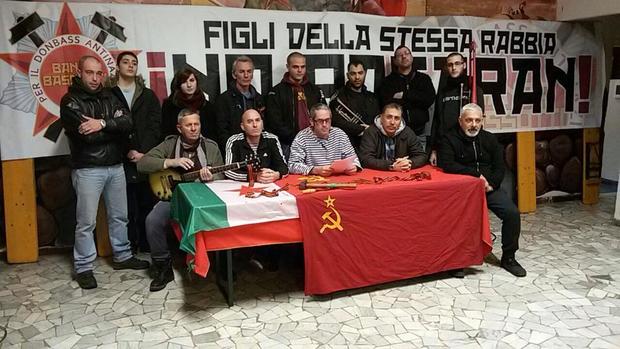 Banda Bassotti is a famous left-wing Italian band from Rome, performing ska-punk. It was organized in 1987. The group’s songs are of social, political, communist and anti-fascist orientation, and are written in many languages ​​– Italian, Spanish, English, Japanese, Basque, Yiddish and Russian. The group supports the liberation movements, including advocating for the independence of Catalonia, Northern Ireland and the Basque Country. Since the beginning of the civil war in Ukraine, the group systematically supports the people of Donbass. In addition to a number of actions in support of the LPR and the DPR in various cities and capitals of the world, members of the group have repeatedly visited the People’s Republics, and also organized in their homeland a collection of funds and essential items, which were then donated to sick children, schools and organizations during the “Antifascist Caravan,” which began in 2015 in the most war-torn areas of Donbass . The group was warmly received by the population and the militias, in particular the Ghost Brigade. Banda Bassotti also took part in several concerts in the LPR, including Krasnodon (2017) and Stakhanov (2018).