Posted on October 1, 2018 by allpowertothesoviets

Actions in memory of the Bloody October 1993 struggle in Moscow 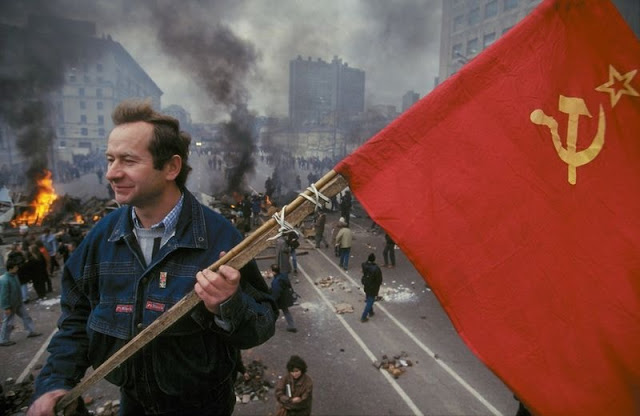 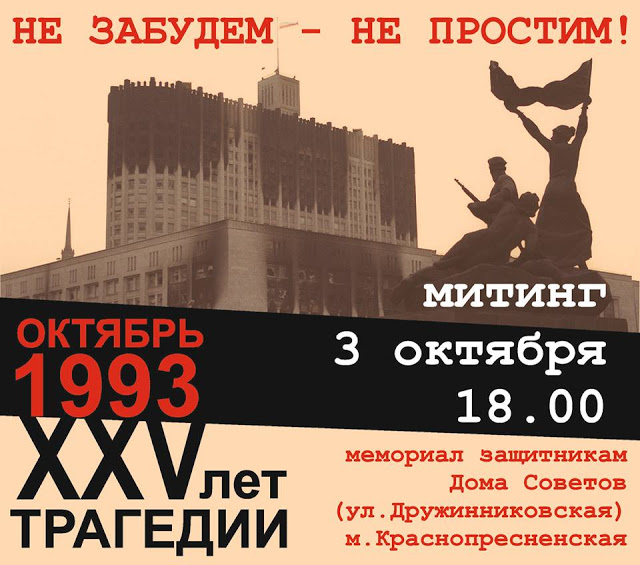 Do not forgive, do not forget!

On October 3 in Moscow at 18.00 at the “Krasnaya Presnya” stadium (Druzhinnikovskaya street, Moscow metro station “Krasnopresnenskaya”), at the People’s Memorial to the Defenders of the House of Soviets, there will be a rally in memory of the victims of the Yeltsin coup d’état of 1993.

25 years ago in Moscow, under the leadership of the former President of Russia Boris Yeltsin, a coup d’état occurred that culminated with the bloody suppression of the popular uprising, shooting of the parliament — the Supreme Soviet of the Russian Federation – by tanks, and the liquidation of the remnants of Soviet democracy. 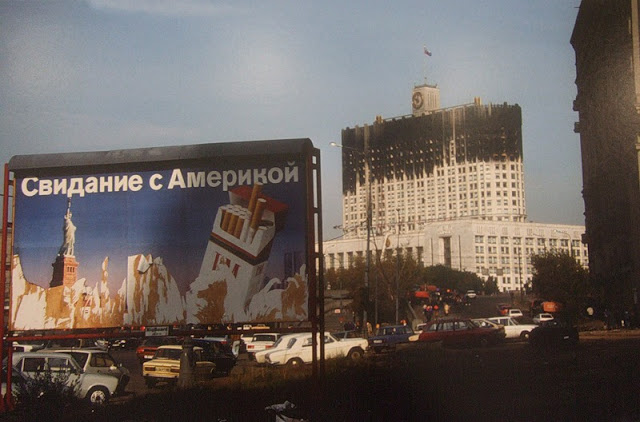 To the ambitious “master of the Kremlin,” his former comrades-in-arms — people’s deputies who three years earlier voted for the Declaration on State Sovereignty of the RSFSR – were an obvious hindrance to the squandering of state property of Russia. (After adoption of the Declaration, the processes that led to the collapse of the USSR, the elimination of the foundations of the socialist economy and the social sphere of the country accelerated.) Still, the People’s Deputies of the Russian Federation were not ready to turn into a completely obedient herd under Yeltsin: they did not ratify the Belovezhsky agreements on the dissolution of the USSR and sharply criticized the course of “shock therapy,” voucher privatization, and freezing of social benefits.

In September 1993, Yeltsin, fearing removal from office, decided on a coup d’état to strengthen his personal power. The cost of the forceful execution of the unconstitutional Presidential Decree No. 1400 was hundreds of human lives and the building of the Supreme Soviet, blackened by tank shots.