In Donetsk, a serious aggravation began — since the second half of May, there are almost daily reports of wounded and dead civilians. Things have been especially difficult in recent days in Gorlovka and the surrounding settlements. This morning, there was information about an attack by the Armed Forces of Ukraine (APU) in the direction of Gorlovka. On social media, a panic began — people wrote that the outskirts of Gorlovka were already under the control of the APU. The correspondent of EADaily visited the village of Komarovo on the outskirts of Gorlovka, where four civilians were injured in the shelling of an apartment building this afternoon. 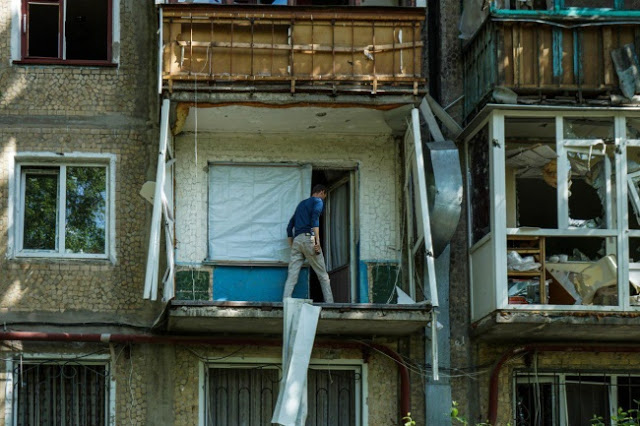 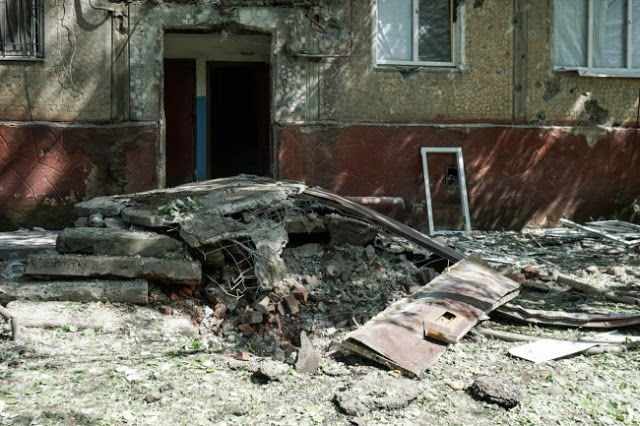 The bombardment began at the height of the day, about 11 o’clock. At this time the streets are full of life. Moreover, Komarovo turned out to be a very crowded area. Even after the shelling, people were on the streets. Children played on swings, old ladies basked in the sun, people went about their business. But neither the clear weather, nor the blossoming white acacias, nor even the children’s laughter helped to get rid of the atmosphere of anxiety. As residents of the village gathered on benches and discussed what had happened, sometimes the sounds of near-misses were heard. 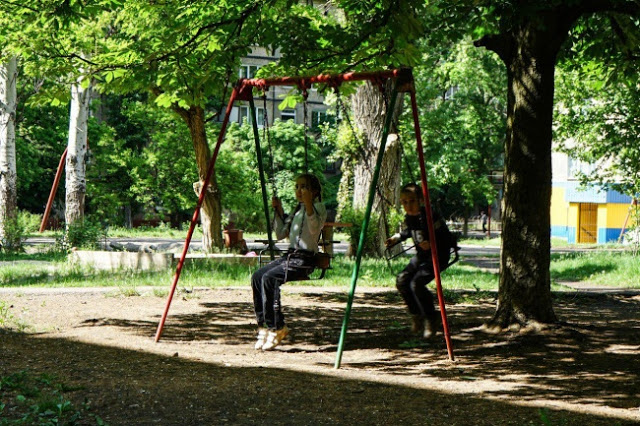 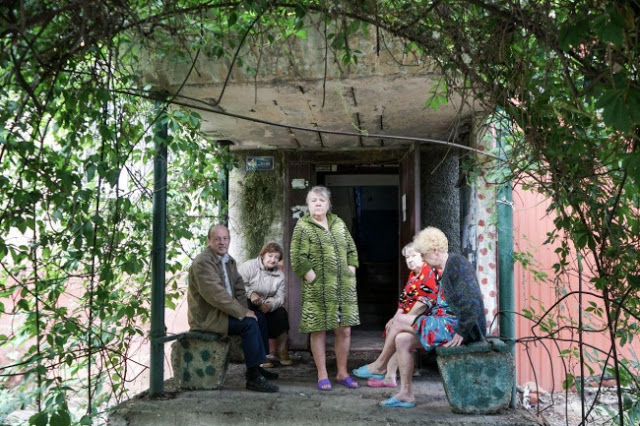 One of the residents of Komarovo, Irina Ivanovna, was interviewed by an independent journalist from the U.S., Patrick Lancaster. She was outraged by what was happening, and she spoke emotionally, impulsively, trying to reach the international community through a foreign journalist.

“They (the international community – EADaily ) think that we will forgive Poroshenko? Who is Poroshenko, if he does not see human tears? We have been bombed since 2014. The kindergarten and the school were hit, then they were restored, all the windows were replaced, and now they suffer again. Do they want to force our women to choke these Nazis with their bare hands? We are not allowed to shoot. They have ‘Minsk.’ And what’s that? No ‘Minsk’? You, the world community, do not see anything?” she asked the U.S. journalist, who, unlike his own government, supports the Donbass. 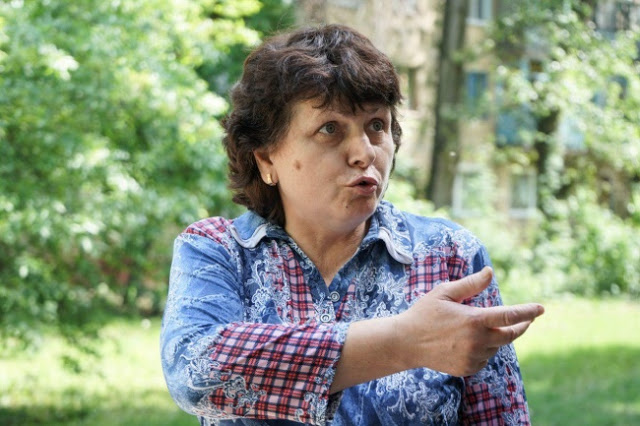 Irina Ivanovna said that she was at work in another part of the city in the morning, and rumors reached her that the APU had already entered Gorlovka, in her area. “I was told that I could not get home, that there are already nationalists there. I went anyway. I saw several soldiers. I thought – are they ours or not, looked closely — ours. We love our defenders, we appreciate them. This is our hope and support. Okay, Americans?” she told Patrick Lancaster. 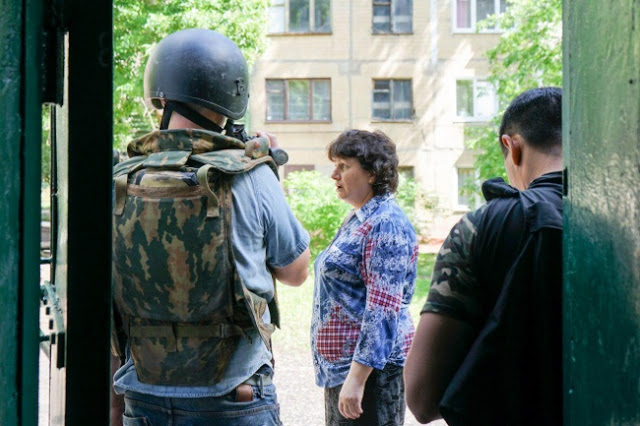 In the village of Komarovo, the lights go out every day because of the fighting, many people do not have internet, and mobile phones are dead. “Sometimes we can’t even look at the news to find out what’s going on,” they say.

In a local shop, located at the end of the building where the shell hit today, the buyers are sold goods by candlelight. There are several women. They discuss what happened between themselves. They say the same thing that people usually say after shelling: That this has been going on for the fifth year and everyone is tired, that the children are beginning to stutter from the daily horror, that the representatives of the OSCE mission ignore what is happening and do not come to the places that are bombed …

“During the bombardment, I was already at work. When it started, there were a few more buyers with me. We immediately ran to hide in the back room. For some reason, afterward, there was a smell like medicine,” said saleswoman Elena Aleksandrovna. 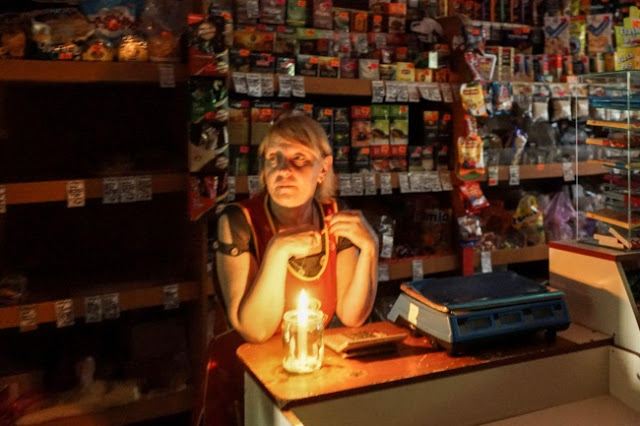 For more than a week people have lived in constant fear, because the shelling can begin unpredictably at any time of the day or night. Some wait for that terrible time in the basement. 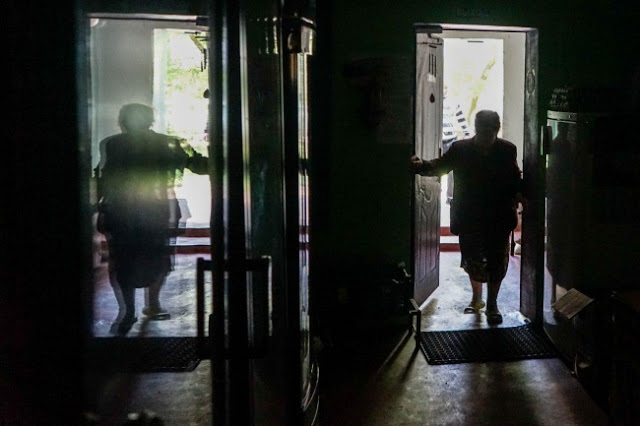 “We went to the store today. We made our purchases, we went home, and did not even have time to spread out the bags … Suddenly there was such a whistle, she was deafened (nodding to a neighbor),” says one of the women, discussing what happened near the house that was hit. 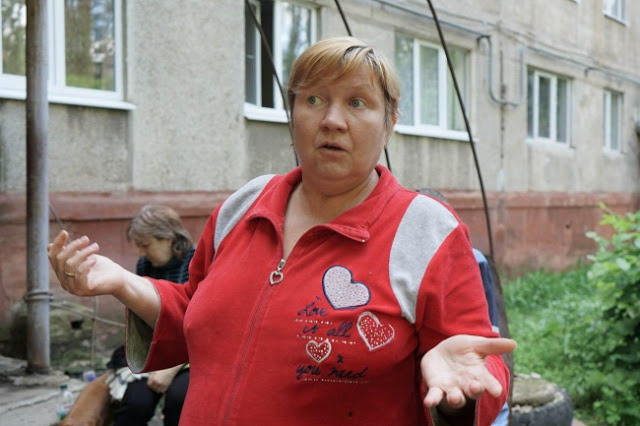 The basement of this house is equipped with a bomb shelter. There are candles and beds. Opposite the entrance there is a children’s playground, where the kids played during a short lull.

In the bomb shelter were children and elderly women. The girl Nastya laid out drawings, which she made, about surviving the shelling. Here, in the basement, pensioner Larisa Alexandrovna sat together with her cat. “Look, he’s already had the tip of his tail torn off in 2014,” the woman shows. She has been living in the bomb shelter for more than a week now. “We come down here when shooting starts somewhere. And these days we do not get out at all … Well, when will he get his fill of blood, that idiot Poroshenko. And then there are the followers of Yatesenyuk, Tyahnybok, Turchinov ​​… Shame on all these unscrupulous children for killing. And for what?” the old woman says bitterly. 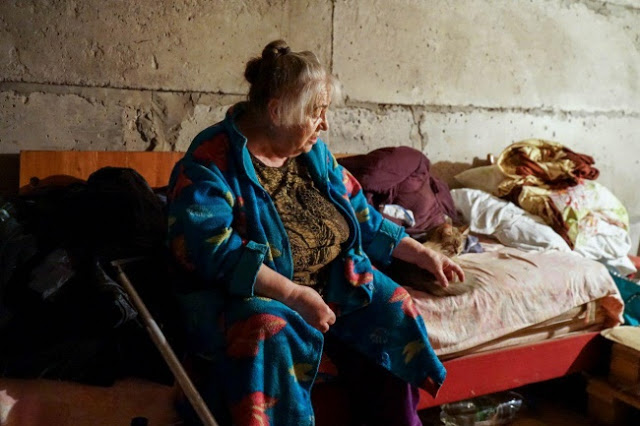 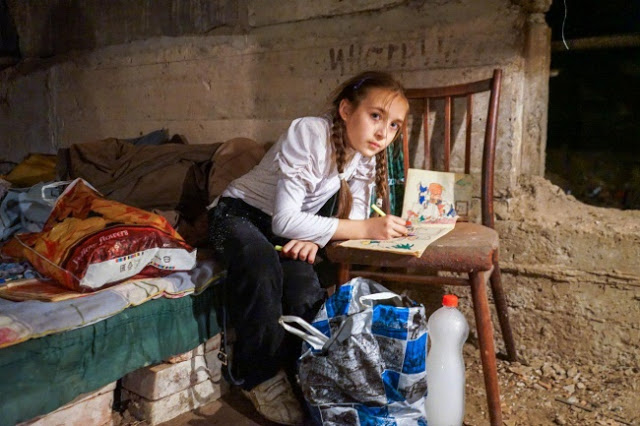 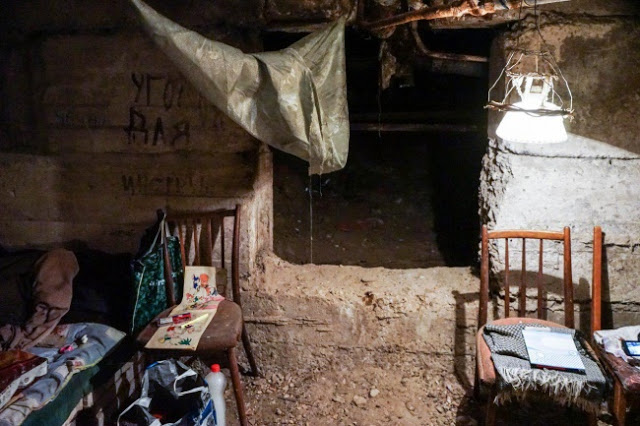 It is worth noting that the rumors of the offensive were greatly exaggerated. Moreover, at the entrance to Gorlovka we saw a column of smoke rising from the Ukrainian side. A slag heap was very close to the smoke. It turned out that this was the position of the Ukrainian punitive Battalion “Donbass” in the area of ​​the Yuzhnaya mine near Dzerzhinsky. It is reported that artillery and armored vehicles of the APU are concentrated in this area, and it was from here that they fired on Gorlovka. 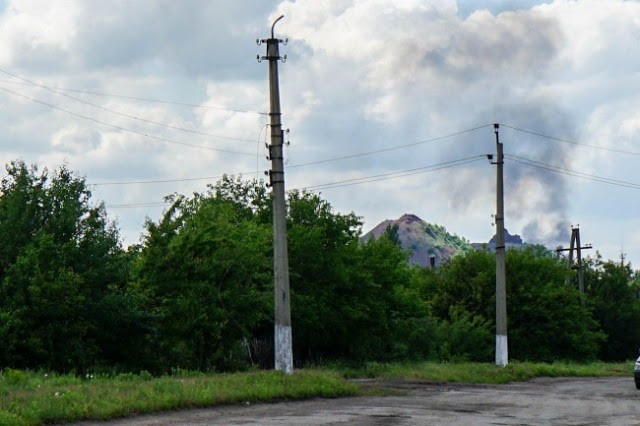 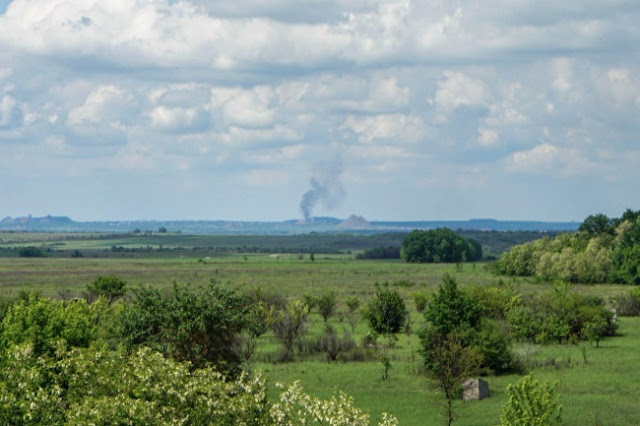