In addition to the traditional left-wing chants and slogans in the column of demonstrators, one could see posters calling for an end to Ukrainian aggression against Donbass. Among the participants of the procession were volunteer internationalists, in particular, the well-known militiaman and communist from Latvia Beneth Ayo, Chilean Isaac Marquez, and a volunteer from Spain, Alexis Castillo, who because of a serious injury had to move on crutches, which did not prevent him from taking part in the procession and staying until the end of the rally. A Christian socialist from Germany, Christiana Krantz, also addressed the rally, congratulating Donbass on the centennial of October. 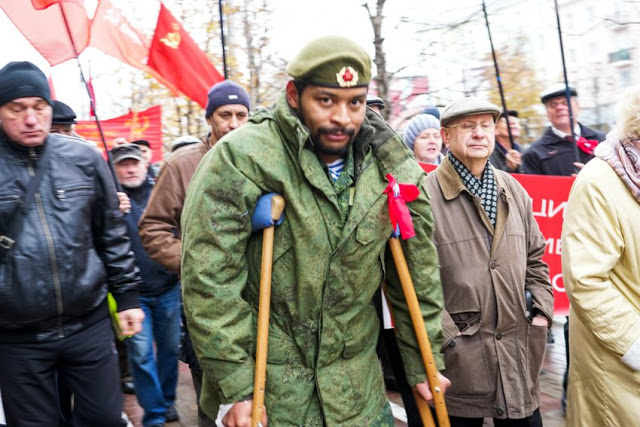 Unfortunately, the procession was held only on the pedestrian part of Artem Street leading to Lenin Square, which obviously did not correspond to the scale of the anniversary being marked. In addition, the city was completely missing information about the event — no ads and leaflets were observed. 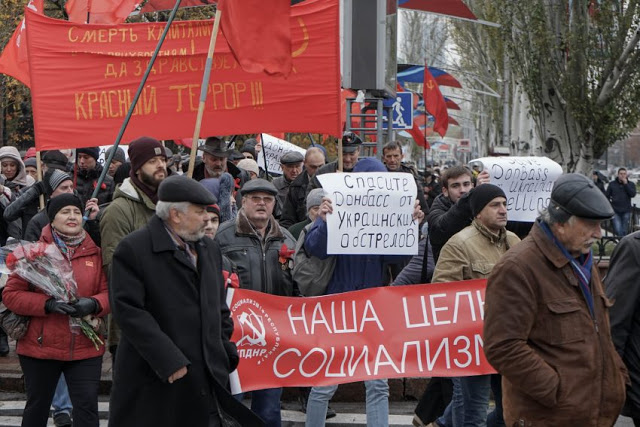 Nevertheless, despite everything, including bad weather (it rained in Donetsk this day), people gathered in Lenin Square. In a private conversation, some of them noted that the main achievement of the Revolution was social rights, and they said that the Donetsk People’s Republic had much to learn from the Soviet Union to be called a truly popular state. 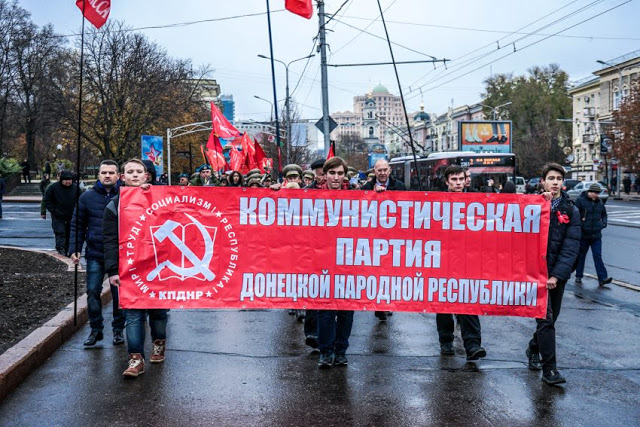