A series of reports from Sochi, Russia, by organizers and participants of the XIX World Festival of Youth and Students.

Delegation of the United Communist Party from St. Petersburg:

The delegation of the St. Petersburg branch of the United Communist Party (OKP), participating in the World Festival of Youth and Students in Sochi, continues to publish short notes on what is happening.

The second day of the festival just finished. But for us, the opening of the festival was today, not yesterday, because the parade of delegations took place in the early morning. Moreover, these were delegations that came for the political festival, rather than for romantic, meaningless entertainment with ping-pong, lectures on successful youth entrepreneurship, football matches between national teams of Russian corporations, computer games and other crap. From Russia there were only delegates of left organizations at the parade. No MGER (Young Guard of United Russia) and LDPR (Liberal-Democratic Party) [bourgeois nationalist groups].

A certain number of apolitical Russian students would have come, probably, but no one ever informed them about the parade. It simply did not appear in any program of the festival. It’s a pity, because they could have been imbued with the correct festival atmosphere. Because the colorful parade of left-wing youth from Europe, Latin America, and Asia marched cheerfully and fervently. OKP members from different regions, who made their way to the festival, followed the party flag brought by the Leningraders.
What else? For us it is already obvious that the official media has set out to silence any leftist presence at the festival. They film anything except the left content. Meanwhile the discussion halls of the WFDY, our “ghetto,” is full of people. 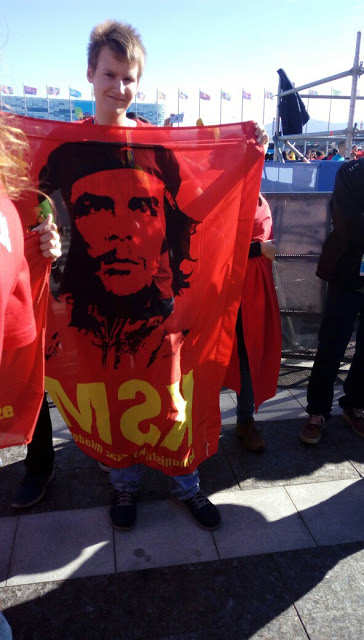 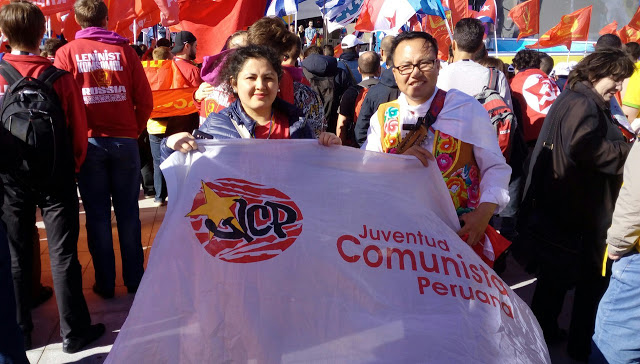 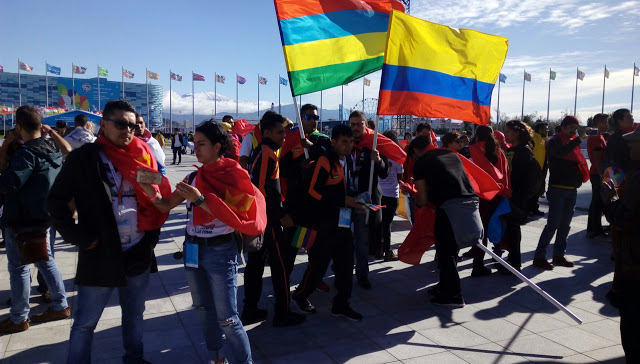 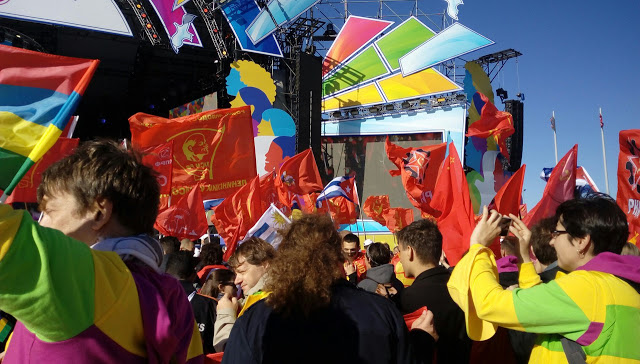 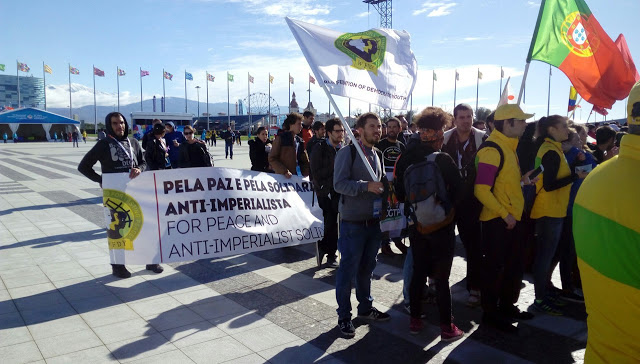 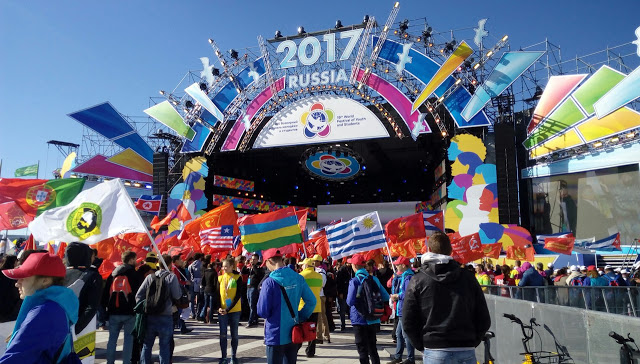