Posted on April 5, 2017 by allpowertothesoviets

Chisinau, Moldova: Nearly a thousand teachers, who came from all over Moldova, staged a protest in front of the government building, demanding higher wages. The protest was held on April 5.

The action kicked off earlier in the day near the Academy of Sciences. From there protesters marched to the building of the Cabinet of Ministers. 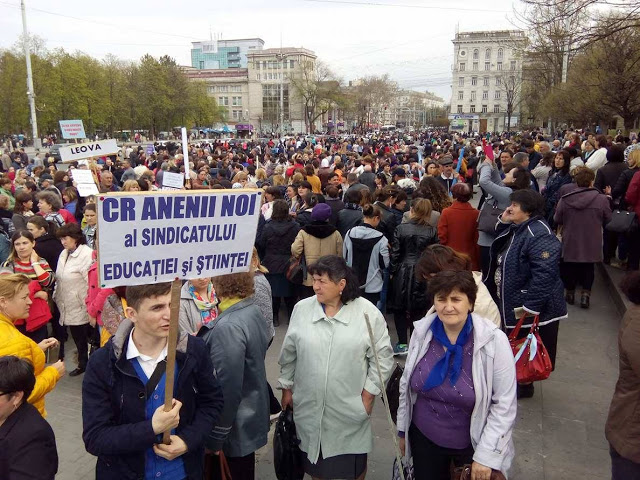 Recall that the protests were renewed in the spring of this year, after two months of negotiations with the government, which proved fruitless.

At the last protest action, participants adopted a declaration in which they demanded the fulfillment of all their demands, chief of which is the increase of salaries.