From the Volunteer Communist Detachment of the Ghost Brigade 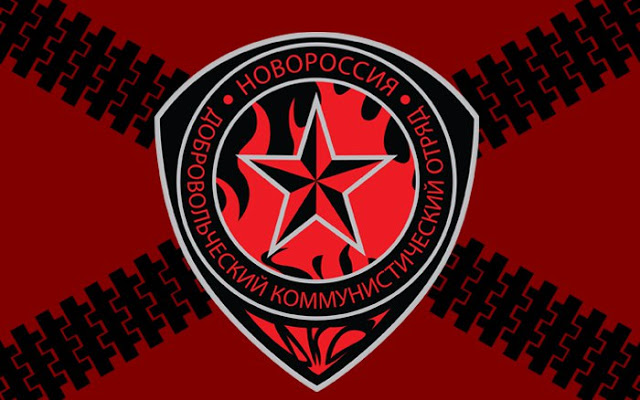 Dear comrades! The soldiers of the Communist Detachment of the Ghost Brigade of Alexei Mozgovoi send you warmest greetings from the front, where we are continuing our struggle against resurgent European neo-Nazism.
We are confident that the global solidarity of working people is a prerequisite for the further development of human civilization and the transition from the capitalist consumer society to building a socialist society. The October Revolution was the first step in this long and difficult road, but we must not stop there!
Know that your brothers and sisters in Russia and Novorossiya share your desire to build a new, more just society. Good luck in your fight!
Long live the revolution! Long live the universal fraternity of workers!
From Union Borotba (Struggle) of Ukraine
Video message from Borotba coordinator Sergei Kirichuk
From Lugank Communists
Dear comrades!
On behalf of the Lugansk Communists and all anti-fascist, leftist, socialist and labor forces of the Lugansk People’s Republic, we welcome the holding of your conference in New York.
The date of your gathering is very important and significant for us communists of Lugansk, as heirs of the revolutionary history of the Russian Social Democratic Labor Party and the Communist Party of the Soviet Union. On this day 98 years ago, Lenin led the Great October Socialist Revolution, which ended in the victory of the Bolsheviks and the construction of the world’s first state of workers and peasants.
We are grateful to all of you for your solidarity and support for struggling Donbass. Frankly, your support is very important to us. You tell the truth about the events in our republics, about the struggle of the communists and anti-fascists against the aggression of imperialism and the fascists in Western Ukraine. Thank you for that.
We express our solidarity. We are confident that we will continue to march together in the struggle to build a world in which there is no exploitation of man by man.

One thought on “Solidarity messages to WWP from communists of Donbass, Ukraine & Moldova”