Posted on August 28, 2015 by allpowertothesoviets
Neo-Nazi vandals desecrated a memorial to the victims of fascism in Zaporozhye. After covering it with tires, they set fire to the monument. 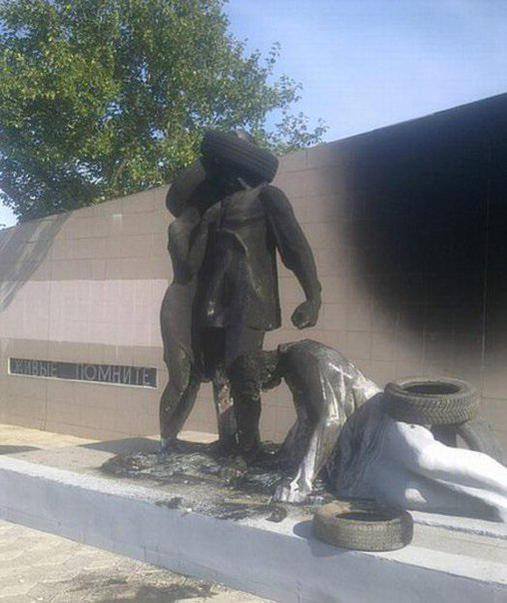 Such events are common during the past year-and-a-half in Ukraine. After the coup, the oligarchs and nationalists unleashed a wave of barbarism; the official state policy of pandering to nationalism creates fertile ground for this.
We know that the guilty will be punished. We speak out, remember and fight!

One thought on “Zaporozhye: Monument to victims of fascism set ablaze”