Posted on August 12, 2015 by allpowertothesoviets

Alarm in the Donetsk People’s Republic

By Colonel Cassad
August 12: Events in the Donetsk People’s Republic (DNR) continue to escalate.
1. After the Ukrainian Armed Forces (APU) shelling of Gorlovka on August 9, the militias of the DNR and Lugansk People’s Republic (LC) were put on high alert. Notably, activity in the DNR is much higher than in the LC. Troops are returning from leave.
2. Since yesterday the use of MLRS [Multiple Launch Rocket Systems] was seen, which had previously been only sporadic. Last night the sides exchanged artillery fire. Near Gorlovka sporadic fighting continues.
3. Equipment is being brought to the front by both sides (we have tightened the second line), the junta has officially renounced any restrictions on the withdrawal of artillery and openly allowed (legalized) its application.
4. The DNR and LC are now actively strengthening their positions at the front in anticipation of an offensive by the APU. There is increased activity in the military structures. http://cassad.net/vazhnoe/16232-v-dnr-obyavlena-boevaya-trevoga.html
5. In Donetsk city today, people were released from work early because they fear massive shelling. In the cities, the DNR is preparing bomb shelters, and notably, talking about the possibility of air strikes.
6. Officials openly say that fighting (high-intensity) can erupt at any time. The Minsk format shows no signs of life. (The next meeting should be held in late August plus announced “conversations” in September.)
http://cassad.net/ukraina/ukrainskiy-krizis/16237-krah-minskih-soglasheniy.html
7. According to various sources, the beginning of the active phase is expected in the coming days if diplomacy does not slow down the current situation.
8. In general, the activity points to the possibility of a return to massive bloodletting in the coming days, rather than continuation of the trench warfare of April-July 2015.
Of course, if the fighting gets hot we will resume daily broadcasts online. 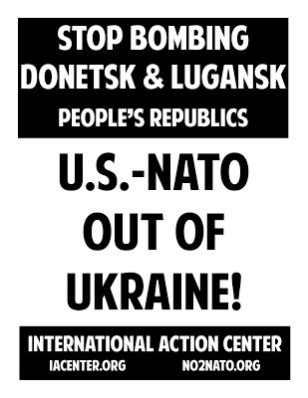 Update: August 12, 16:02 – DNR contact group envoy Denis Pushilin said that full-fledged fighting could flare up at any moment. According to him, the number of attacks considered full-fledged fighting is 150-180 a day. During most of the ceasefire, shelling incidents were not more than 30 per day, but in recent days the number had increased to 60-80.
News: APU is preparing a full-scale offensive.
http://cassad.net/tv/videos/11756/ – Ukraine may declare a third wave of mobilization [military draft].
http://cassad.net/konflikty/voyna-na-ukraine/16207-lenta-voennyh-sobytiy-v-novorossii-za-12082015.html – Online broadcast on Cassad News for 08/12/2015
http://cassad.net/konflikty/voyna-na-ukraine/16147-lenta-voennyh-sobytiy-v-novorossii-za-11082015.html – Chronicle of military events on Cassad News for 08/11/2015
http://cassad.net/vazhnoe/16228-zamkomanduyuschego-suhoputnymi-voyskami-rf-popal-v-zasadu-na-donbasse.html – “Zam.kom Russian ground troops ambushed in Donbass” — about one Ukrainian fake story.
Eduard Limonov:
“The situation is complicated. The losses among the civilian population are large. Battles are going on around the entire periphery. Yesterday, our guys on leave were ordered to return to their locations.
We are waiting for the war. Our equipment passed through the city to the position. Among the fighters yesterday were conversations that we declared war.”
http://limonov-eduard.livejournal.com/689495.html – Zinc
Update: By the way, General Petrovsky [head of DNR intelligence] also said a few days ago that there is not any withdrawal of Ukrainian equipment from the Donbass. It is all for show.
The junta no longer hides the massing of troops.
“Turchinov justified the build-up of military equipment to the front line in the Donbass
“Secretary of the National Security and Defense Council of Ukraine Oleksandr Turchinov explained escalating the build-up of security forces and military equipment in the Donbass region as need to strengthen defense. He made the statement during the inspection of new weapons that Kiev is going to relocate to the war zone, the press-service said.
“’We are forming in the area of ​​the ATO [Anti-Terrorist Operation] proactive defense, strengthening the armed forces with new weapons and technology,’ said Turchinov.
“He stressed that Ukraine does not thereby violate the Minsk Agreement. According to him, the new artillery, which is already deployed in the Donbass, is allowed by all the agreements. Turchinov said that the active defense provides a quick and effective response.”
http://dnr-news.com/dnr/24023-turchinov-opravdal-stya .. – Zinc
Against this background, the Kremlin hosted a meeting of the Security Council, which discussed the worsening of the Donbas and the shelling of the OSCE Mission.
http://hvylya.net/news/exclusive/putin-provel-soveshhanie-s-chlenami-sovbeza-rf-po-situatsii-v-ukraine.html
Update: Information about the concentration of enemy forces.
In the territories of the DNR and the LC controlled by the Ukrainian junta, there is “complete preparation for a major offensive.”
Data obtained from local residents confirmed this information in full.
http://q99.it/JnII9lp – Zinc
Update: As a result of the night bombardment of Makeyevka, a pipeline that supplies gas to the local steel plant was damaged. A few shells hit Makeyevka, but there were no casualties.
Update: “According to information received from local residents and militias, in the village of Zaitsevo, a Gorlovka suburb, there is now fierce combat with armored vehicles from the APU. From Gnutova, Ukrainian tanks left in the direction of Donetsk, Ukrops at checkpoints are drunk and they brought up a lot of weapons. In the LC, from the direction of the village Katerinovka, the APU fired tanks and BMPs near the village of Youth. One person was injured in the bombardment, and a power cable was ignited. Shots were fired at a T-shaped intersection near Trehizbenki by anti-aircraft ZU-23-2, from the area of ​​the bridge near the village of Trёhizbenka. The most intensive shelling currently is in Spartak in the suburbs of the capital and around the territory of the Donetsk airport. Gorlovka and several other settlements are under fire from the APU. “
Update: Information from military source in Khartsyzsk.
1. The city itself is in the rear and is not subjected to shelling, but all along the line of contact, enemy DRG’s are firing at Khartsyzsk.
2. Sources in Khartsyzsk confirm that a warning of the possibility of enemy aircraft on the frontline passed through military channels
3. Whether to order an evacuation of the city has not yet been resolved.
Source
Translated by Greg Butterfield